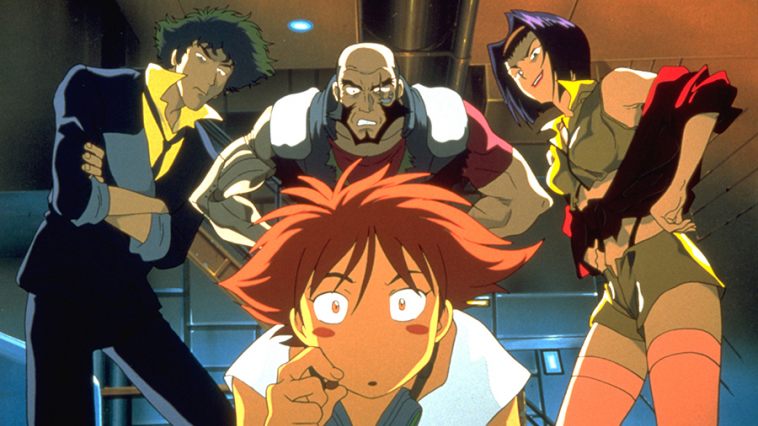 Viewers who aren't familiar with this Japanese anime series (which is shown stateside on the Cartoon Network) will have little trouble jumping into the futuristic fray. This wild story about bounty hunters on Mars in the year 2071 is a mind-twisting ride, but so breathtaking is the movie's visual style and so entertaining its central characters that Cowboy Bebop: The Movie draws in newbies with practically the same ferocity as old-timers. The film also uses the American voice talent from the TV show to dub the lines, ensuring continuity and unparalleled cleverness. The series' regulars -- bounty hunters Spike Spiegel, Fay Valentine, Jet Black, and genius hacker Edward Wong-hau Pepelu Tivrusky IV (a 13-year-old girl) -- are rich characters with adult interests and desires, who manage to project many more dimensions than your average cartoon superhero. And superheroes they are not -- they're your average space cowboys rustling up scalawags with the ho-hum dailiness of any job, while Edward some kind of brainiac Pebbles for the new millennium. The plot in this feature-length film (released in Japan in 2001) involves bioterrorism, which conveniently anoints it with an especially up-to-the-minute feel (especially poignant when Jet watches a grainy old print of High Noon and waxes nostalgic about the "days when you faced your enemy"). But what really shines in this animated work is the artwork itself. Its dark linearity and depth of field ensures a bounty of detail to look at. Stuff happens in both the foreground and the background, and even the shadows here seem to have shadows. The camera perspective also moves constantly and helps the animation to break out from its rote two-dimensionality. These visual techniques also serve to emphasize the Japanese anime fetishes for violence and female body parts -- you can always count on a gun or a breast to be in the foreground' but I'll take this opportunity to again stress that this is an adult cartoon. The last quarter of the movie becomes bogged down with action-chase sequences, and without the story's fun characters traipsing across the screen, this climactic section unfolds at a seeming crawl. It's as if they had run out of money to pay the voice actors a single cent more and threw in all this chase silliness to fill up time. Still, Cowboy Bebop: The Movie is a lot of fun for the buck -- although a dollop of what the movie refers to as "imagination enhancers" probably wouldn't hurt things either.