The Trials of Henry Kissinger

What should we call a man who provides weaponry, cash, and logistical support to radicals scheming to overthrow a democratically elected government? Who arranges abductions and murders? Who encourages nuclear proliferation? Who calls for the secret invasion of a country without a declaration of war? Whose covert machinations led to appalling acts of violence against innocent citizens on September 11? Would we call him a terrorist? A war criminal? Would we pressure a nation that supported and sheltered him? Surely we would not appoint him the head of a task force investigating al Qaeda or award him the Nobel Peace Prize. Yet such is the strange tale of former Secretary of State Henry Kissinger. The advisor to the Nixon and Ford administrations allegedly masterminded the overthrow of Chilean President Salvador Allende (on Sept. 11, 1973), supported the invasion of East Timor by neighboring Indochina, and -- if his many critics are to be believed -- encouraged the Vietnam War to spread into Cambodia, with devastating effect, after deliberately subverting the attempts at a peace accord by former President Johnson in Paris. This BBC-produced documentary cleanly lays out the case against Kissinger, led by journalist Christopher Hitchens, who's repeatedly argued for Kissinger to be tried for war crimes (and whose book, The Trial of Henry Kissinger, inspired the documentary). A wild-haired, chain-smoking gadfly who pickets Kissinger's public appearances, Hitchens isn't the most credible figure on camera, but director Eugene Jarecki amasses a compelling body of evidence suggesting that Kissinger should be formally investigated for a possible role in the CIA-supported coup. (Indeed, he is the subject of a lawsuit brought by the son of René Schneider, a pro-Allende Chilean general murdered during a failed kidnapping attempt.) A former American military attaché talks on camera about hiding payola in his riding boots. A cable from Kissinger's office, made public as part of the Clinton administration's "Chile Declassification Project," stresses that "the American hand be hidden" -- not just from the media, but from the American public and the rest of the government. Documents from the National Security Archive, read by staffer Peter Kornbluth, play a large role. In the typical agenda-driven style of British journalism, there's very little pretense of fairness. (Though Kissinger associate Alexander Haig gets some camera time, his remarks serve Hitchens's cause: He all but justifies the Schneider kidnapping and calls Hitchens a "sewer-pipe sucker.") Just the same, the film is sufficiently methodical and well-researched to walk the walk behind its controversial premise. More to the point, it's terribly involving, intriguing enough to hook documentary-shy viewers, and a brisk 80 minutes. As a chronicle of world politics in the latter half of the 20th century, the film is spot-on; it should be required viewing in this new age of international justice. What a shame that Americans are being taught our history by other countries. (See p.39 for an interview with filmmaker Eugene Jarecki.) 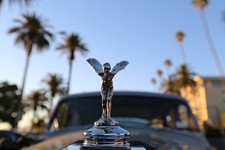 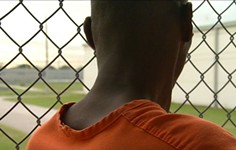