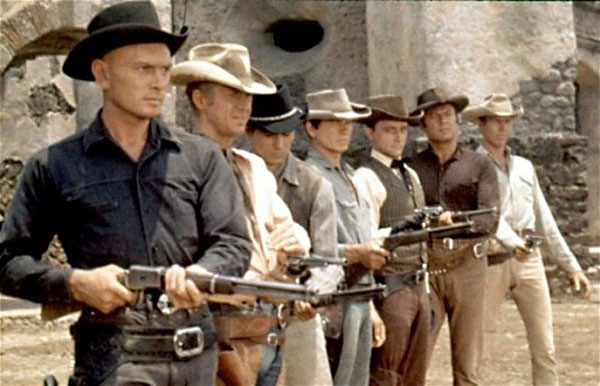 The basic outline was adapted from Kurosawa's classic Seven Samurai and made into an American Western by one of the great innovators of the genre, John Sturges. The film led the way for other all-star cast outings, and provided the theme music (by Elmer Bernstein) for a zillion Marlboro cigarette commercials before they were evicted from the airwaves. The Great Escape
One of the all-time great action movies also features an all-star international cast. Steve McQueen is unforgettable as the "Cooler King" in the drama about an Allied prisoner escape from a Nazi POW camp.