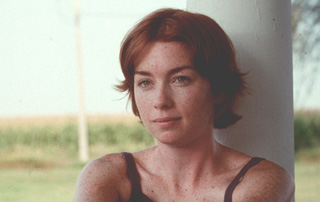 In a season packed to the gills with big, splashy seasonal offerings, it's easy for the little movies to slip through the cracks. This one probably will, but it shouldn't: Co-writer and director Hilary Birmingham's debut feature is a quiet gem. There are slight first-timer mistakes here -- a few instances of awkward framing, a scene that starts a beat too soon or too late -- but these are momentary distractions from Birmingham's thoughtful piece about a father, his two grown sons, and the imminent foreclosure of their Nebraska farm. There's more to the story than just that -- the oldest son, Tully Jr. (Mount), a small-town ladies' man, surprises himself by falling in love with Ella (Nicholson), who is just home from veterinary school, and there are a series of revelations about the boys' dead mother. Handled differently, these revelations might have felt sensational, but here, they are meted out in such a way that they simply feel like the skeletons in the closet that every family has. That sort of delicacy and authenticity runs throughout the film, a triumph of both the screenplay and the performances. The script, co-written with Matt Drake, has an unstudied feel to its depiction of small-town vernacular. It's difficult to describe -- it's simply that the people in Tully talk like real people do. It sounds easy, maybe even humdrum (who goes to the movies to see real people?) but the language is neither. It's quietly affecting, made all the more so by the superlative ensemble cast. Mount and Fitzgerald play the brothers with the right mixture of affection and loathing, and Nicholson is a smart, sensible tomboy, the kind of girl you'd expect to find across the street or in the neighborhood bar, knocking back a beer and riding her bicycle home afterwards. But among the host of understated, winning performances emerges one with an especial capacity to devastate. Bob Burrus plays Tully Sr., father of the two boys and owner of the beleaguered farm. His isn't a showy part. Tully Sr. doesn't speak much, mostly just tends to his fields and his animals and his sons' dinner. But Burrus has a face that does all the talking for him -- deep creases, sad eyes, and a gray hue that hangs over him like a rain cloud. It's a remarkable performance, and a study in how effectively a body can communicate. 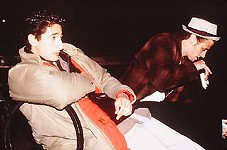 Restaurant
In this intelligent indie drama made in 1998, a trendy restaurant in Hoboken, J.T. McClure's, becomes a melting pot for a host of personal and ...