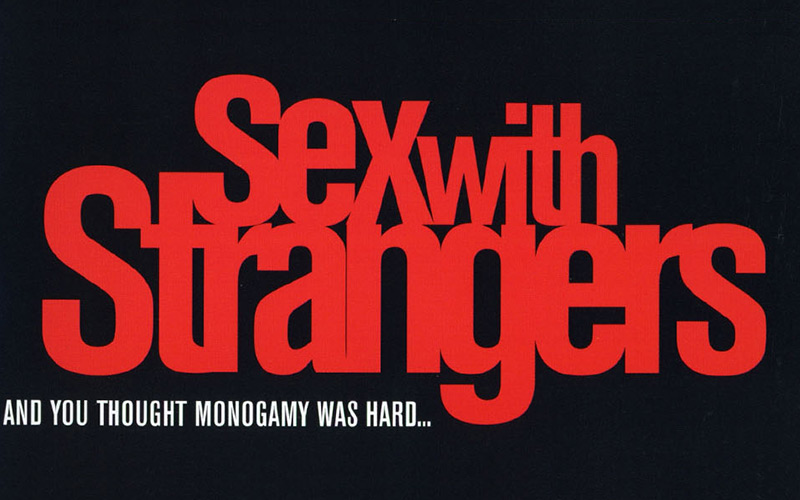 Like several of this documentary's subjects -- two young women vacillating between dedication and doubt regarding their swinging lifestyle -- Sex With Strangers is conflicted to the core. Filmmakers (and brothers) Joe and Harry Gantz can't settle on if they want their doc to serve as a straightforward look at “the lifestyle” or as a soft-core titillator better suited for late-night cable. That wouldn't be a bad place for Sex With Strangers, considering the Gantz brothers are the creators of HBO's trashy-fun Taxicab Confessions. Their latest foray into the emotional (and physical) entanglements of sex follows three couples: middle-aged married couple James and Theresa, who cruise the country in their “pleasure palace” RV; Shannon and Gerard, married Mississippians with a young son and a record of infidelity (they started swinging at the encouragement of their marriage counselor); and Sara and Calvin, twentysomethings whose open (but committed) relationship is challenged when preening cock Calvin takes an interest in a bisexual waitress named Julie. Of the three, James and Theresa are the most engaging (they're also the most stable). The two take a shared glee in the lifestyle, having fun with it and delivering “post-game” reports on the night before. The other couples, quite honestly, are a mess, the men most secure in the lifestyle with their mates trudging reluctantly behind. There might have been an interesting film in that imbalance, but the filmmakers frustratingly gloss over many of the inner workings of the couples; there is very little examination of their lives beyond the bedroom. In the bedroom is another story, and here's where the soft-core comes into play. For a “serious” documentary, Sex With Strangers lingers an awfully long time on those strap-on shots. To the filmmakers' credit, the sex scenes are shot rather unerotically, but the whole thing still reeks of voyeurism -- and not the fly-on-the-wall voyeurism of a vérité doc, but rather the dirty-old-man-in-the-peep-show-booth kind. Might as well just wait for it to hit late-night cable.