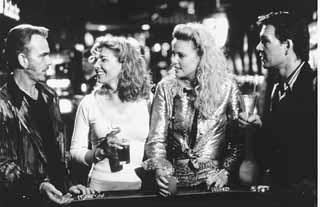 Waking Up in Reno

Not reviewed at press time. After sitting on the picture for more than a year, Miramax has finally seen fit to release Waking Up in Reno ... although, given the zero publicity afforded the film and the lack of a press screening, one suspects the powers-that-be fear they have a dog on their hands. A Bob & Carol & Ted & Alice for the hillbilly set, Waking Up in Reno details the partner-swapping of two couples on the road to a monster truck rally in Nevada. Texans take note: Along the way, the gang stops off at Amarillo's the Big Texan for one of the restaurant's legendary 72-ounce steaks. 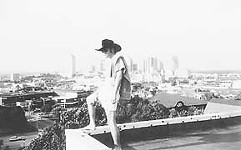 Dill Scallion
There's an old cowboy saying: “Any cowboy can carry a tune. The trouble comes when he tries to unload it.” Truer words couldn't be spoken ...