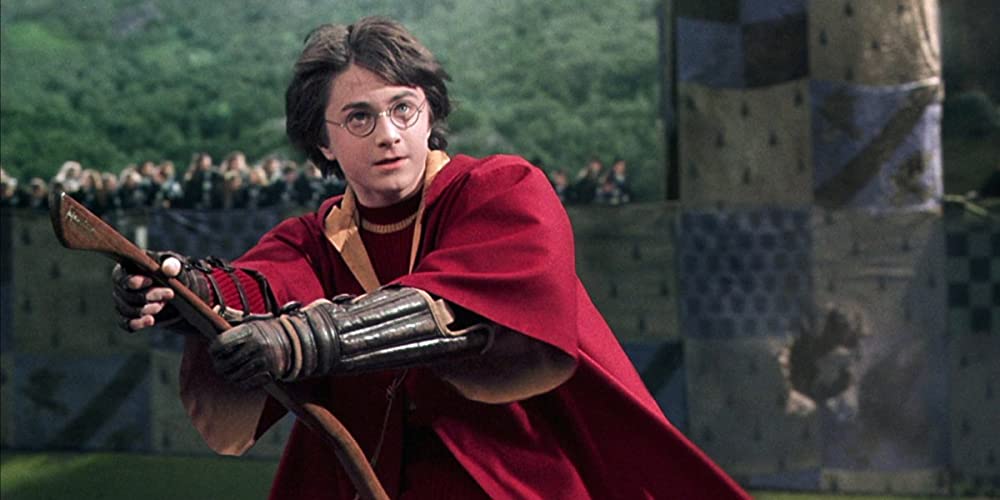 Harry Potter and the Chamber of Secrets

It seems like an awful waste of print, but in case you're one of the few uninitiated: Harry Potter and the Chamber of Secrets is the second in a proposed series of seven film adaptations of the outrageously successful Harry Potter novels by J.K. Rowling. (So far, Rowling has only published four of the books; the long-delayed fifth should be out early next year.) The HP series is quite rightfully beloved, children's books that have leapfrogged that particular assignation to win the hearts of adults. Each of the books is centered around British mop-top Harry Potter, an orphaned wizard-in-training who studies at the Hogwarts School of Witchcraft and Wizardry, along with best friends Ron Weasley (Grint) and Hermione Granger (Watson). Helmer Chris Columbus already proved with last year's Harry Potter and the Sorcerer's Stone that he could do a serviceable job with the material.

The second film is an improvement on the first in almost every regard, and the elements that worked best in the original - costumes, production design, and special effects - are still top-notch. As ever, the most electrifying aspect of the film adaptations is the visual realization of Rowling's many-splendored inventions: the owl-mail “howler,” the Whomping Willow tree, the airborne roller-derby Quidditch matches. Three new characters are introduced here: Branagh's preening Gilderoy Lockhart, the new Defense Against the Dark Arts teacher; the CG house elf, Dobby (far less annoying on celluloid than in print); and Michael Winterbottom-muse Shirley Henderson, having a blast as the mopey specter Moaning Myrtle. All three figure in this installment's main mystery, that of the opening of the Chamber of Secrets and the ethnic cleansing of “Mudbloods” (wizards of Muggle, or human, parentage) the Chamber represents. The returning actors seem to have settled comfortably in their roles, most especially Daniel Radcliffe. Lean and rangy, Radcliffe has grown into the principal role beautifully, a mix of four-eyed mischief and a hero's graveness.

This film marks an exit for two HP players: actor Richard Harris (as the impish headmaster, Dumbledore), who passed away last month, and director Columbus (who'll stay on as executive producer). Columbus was never an inspired choice; one suspects the producers got stuck on the box office receipts for Columbus' Home Alone and just glossed over the undeniable unremarkableness of most of his work (Nine Months, Bicentennial Man). But, to coin a phrase from another sci-fi/fantasy benchmark, there is a new hope: Mexican filmmaker Alfonso Cuarón (Y Tu Mamá También, The Little Princess) is on tap for the third. Inventive, stylish, and no slouch in regard to the direction of kids, Cuarón is an inspired choice to take on Harry Potter. But that's next year. In the meantime, there's Columbus' last bow, an effort that is full of gosh-wow moments, but never consistently thrills like its source novel. Kids should be happy (though the overlong running time is more than a little squirm-inducing). But Columbus never quite captures the depth, the rich complexities of Rowling's novels. She's written four Harry Potter books for kids that adults swoon for, too. Columbus has made two Harry Potter movies for kids … and we'll leave it at that. That isn't bad. But I suspect there's something better just around the bend.