Gavin MacLeod has gotten himself a new Love Boat -- only this time it's a time machine instead of a cruise liner. And instead of sailing as before on the tides of mortal love, this time MacLeod is traveling on the godly express. Time Changer is a Christian-made film designed to further the idea that moral behavior when isolated from the name of its giver, Jesus Christ, is doomed to failure. How does MacLeod know this? Well, he plays a Bible professor in 1890 who sends his Time Changer colleague into the future with his “transporter” to personally find out where the godless path leads. And gosh, it leads to now -- and now is just a fleeting moment before the end of the world. Yes, it's Sodom and Gomorrah time with cell phones and laundromats, television and blasphemy -- everywhere. You see, Satan's argument is not with morality, per se. Satan's battle is with Jesus, and all this “secular morality” so commonplace these days is the work of the devil. Time Changer is not one of these new-fangled Christian movies that camouflages its proselytizing with decent storytelling and filmmaking technique. Time Changer is clunky, repetitive, and ham-handed. Its philosophical concerns consist of internecine arguments about religious vs. secular morality. The science fiction angle of the story isn't even given rudimentary support. The performances are impervious to any attributes associated with real human behavior. Hal Linden and Paul Rodriguez also phone in lame performance -- although I admit to a bit of a thrill seeing the Summer of '42 gal, Jennifer O'Neill, turn up here (in a completely tangential role). This nine-times-married former star must be this movie's target audience. As a born-again Christian, O'Neill is now an ardent advocate (we can tell because she's filmed mostly in extreme close-ups) of the morality taught by Jesus Christ. See where all that secular morality got her? 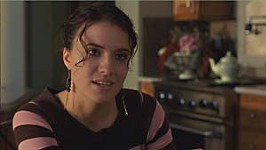 Unidentified
Satan causes Earthbound heathens to believe that the sudden depopulation of the planet is due to an extraterrestrial invasion rather than the Rapture. Holy UFOs!