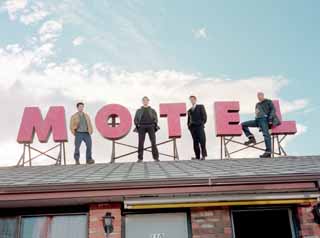 They're fish out of water, these junior mobsters from Brooklyn skulking around a sleepy Montana town trying to recover some missing loot. Knockaround Guys mixes up a few different genres -- in addition to the mobster and fish-out-of-water storylines, the movie is also a coming-of-age story. This fragmentation is part of the problem here. Knockaround Guys, despite flashes of originality, is a formulaic quagmire that traps bits and pieces from all these genres without really satisfying any of their true aims. Yet the film is not so muddy as to warrant shelving it for a couple years, as was the case here. I suspect the movie's rescheduling had more to do with an attempt to time its release propitiously to catch some coattail effect from Vin Diesel's rising popularity. Mob muscle Taylor (Diesel), along with mob scions Matty (Pepper) and Scarpa (Davoli), and ne'er-do-well airplane pilot Marbles (Green), are frustrated in Brooklyn with their career paths. The mob is becoming a thing of the past, the older generation steers them away from careers in crime, and they've been too pampered and protected to handle much of anything else. Matty, whose father (Hopper) is an underboss, is foiled in his attempts to get a straight job because when any employer sees his name on his application they back off in fear. Feeling he has no alternative, Matty desires a life in crime, and to say that he has issues with his resistant father would be an understatement. Also hampering the film is the miscalculated casting of John Malkovich as a top mob consigliere and uncle to Matty. His Brooklyn diction and silver hair never seem quite right and, ultimately, prove distracting. But the biggest hindrance to the enjoyment of Knockaround Guys is the characters' stupidity. I don't think they're supposed to be dumb, but they keep doing dumb things, which makes it hard to get behind their cause. The first-time directors previously penned the screenplay Rounders, and while their attention to setting and detail in both films is commendable, their development of character and storyline could stand some improvement. 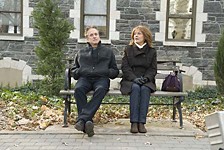 Solitary Man
In this small-scale drama, Michael Douglas plays a disgraced businessman and inveterate skirt-chaser who makes one bad decision after another.