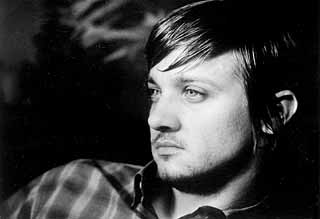 Not exactly the feel-good movie of the summer, Dahmer's peculiar charms are subtle things more in line with Hannibal Lecter's brooding intellectualism than Henry: Portrait of a Serial Killer's offhanded brutalities. Like its subject, the film is a quiet nightmare; it forsakes the gory traditions of the lunatic genre in favor of dead-eyed menace and twisty familial flashbacks. The warping of Jeffrey Dahmer (Renner) began in his fragile teens, courtesy of domineering dad Lionel (Davison) -- a stern disciplinarian who badgered his effeminate son at every opportunity, alternately extending a half-hearted hand and then reversing tack and viciously demanding that the boy conform to a rigorous parental code. The wormy apple that was Jeffrey Dahmer fell maybe not so far from the tree -- at least as far as director Jacobson would have it; Dahmer senior penned A Father's Story, the book that sought to unlock his son's predisposition for sexual slaughter and, interestingly, arrived at much the same conclusion. Renner's Dahmer is a nerdish loner who, in one riveting sequence, sits alone at a party, nervously tapping his toes to a beat he will never be a part of; other guests wander through the frame, drinks in hand and fun on mind, but Dahmer's face -- hopeful, beseeching, terrified -- remains a ghastly outsider's mask hiding a shattered Psyche and an evil Eros. Jacobson plays fast and loose with the historical timeline (his back-and-forth sequencing reminded me of Steven Soderbergh's fluid handling of the same in The Limey), and so Dahmer is less the sensational true-crime hell-jaunt purists might like and more experimental in its storytelling (though no less horrifying for it). The opening few minutes, during which we're privy to Dahmer's predatory nature as he cruises a department store and then returns home with a youngish victim in tow (Basco, so unnervingly naive he might as well have the slogan “Prey” tattooed on his forehead) are excruciating. By the time a power drill makes its appearance some 10 minutes in you're all but chewing your cheeks with unease. Renner's performance is remarkable for its understatement. With his oversized glasses and ratty hair, his Dahmer resembles the faceless, nameless extra of a thousand crowd scenes. It's no wonder the police -- who at one unbelievable-but-true juncture accost him with a badly wounded (and nearly nude) victim and fail to click to the crime at hand -- never suspected anything. Does Dahmer, the film, say anything new about Dahmer, the man? Not so as you'd notice -- the whole of it plays like a dark and dreary tone poem, only marginally interested in explaining the ticking, bloody clockwork of the inner beast and only occasionally touching on his fractured humanity. Remorseless and unable to achieve any genuine emotional contact without first offing his intended partners, he's incapable of dissociating his awful wants from his predictable needs, even when a presumed victim tries desperately to be what this maniac most needs: a friend.

READ MORE
More David Jacobson Films
Down in the Valley
Sadly, this is less the epic modern Western it aspires to be than a muddled melodrama about a delusional drifter played by Edward Norton.