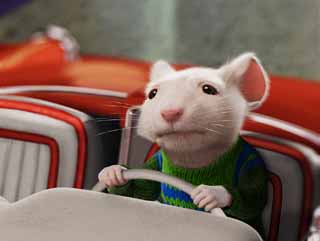 So I'm a sucker for talking animals. Stuart Little 2, and its enormously popular predecessor, 1999's Stuart Little, fudge a bit in that most of their Chatty Cathies are entirely computer-generated, but that fact doesn't strip them of a lick of their gosh-darn adorability. Top of the heap is the titular mouse (voiced by Michael J. Fox), a spunky li'l go-getter adopted in the previous film by the Little family, a Cleaver-esque clan living in a NYC brownstone. Stuart Little 2 has retained most -- but not all -- of the original's hyperstylized nuttiness; the Littles now inch something nearer to normalcy, but at least production designer Bill Brzeski still has Manhattan looking like a New Yorker curio. Picking up where the last film ended (and somewhere in the middle of author E.B. White's source novel), Stuart's starting to chafe a little from the zealous overprotection of Mom (Davis): A kid's gotta have some adventures. One such adventure very nearly falls in his lap, but narrowly misses it for the passenger seat of Stuart's mini-convertible instead. She's Margalo (Griffith), a runaway chickadee with a hurt wing and an evil crime boss named Falcon (Woods) on her tail. Worth the price of admission alone is the sight of Stuart cruising down the street with the top down and a “bird” riding shotgun, the most seductive we've seen him yet. But it's Margalo who'll do the seducing here -- turns out she's not who she seems. Faster than you can say femme fatale, Stuart's squaring off against Falcon, with Snowbell -- the Littles' pampered Persian (voiced with gusto by Nathan Lane) -- providing minimal backup. At 72 minutes, Stuart Little 2 is a zippy affair with plenty of sight gags for kiddies and equal parts kooky asides for the parents. The real clincher, though, is the endearingly earnest (but never twee) Stuart, just as remarkably lifelike as he was in the first film, which was nominated for a Visual Effects Oscar. It's easy enough to forget there are special effects involved, so convincing is Stu's rippling fur and big beamy eyes filling up with tears. I'll say it again -- and here go any last scraps of street cred -- I'm a sucker for talking animals. And Stuart's a sweet talker if ever there was one. 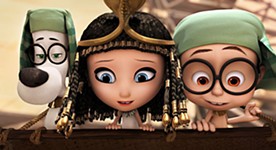 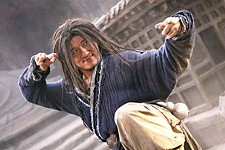