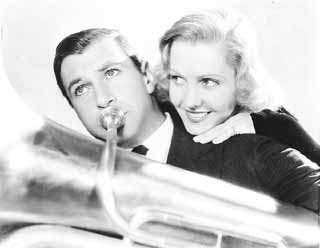 One needn't be a fan of Frank Capra -- the widely revered director who won his second Oscar for his direction in 1936 of Mr. Deeds Goes to Town -- to hate this Adam Sandler remake of Capra's much-beloved classic. To his admirers Capra can do little wrong, but to others Capra's universe is redolent with sappy sentiments, democratic platitudes, and populist impossibilities. Although my Capra meter falls squarely with the latter group, Sandler's Mr. Deeds made me notice something about Capra that I had never fully appreciated before: his sincerity. Yes, this is the age of ironic detachment, but the 2002 Mr. Deeds is a product of smarmy insincerity and overall audience distrust. The film never bothers with such pleasantries as narrative logic and character chemistry (there is zilch between Sandler and Winona Ryder) or the differences between gawky naiveté (as the role was played by Gary Cooper in the original) and loutish stupidity (as played by Sandler). In 1936, the movie introduced the word “pixillated” into popular parlance, using it to describe the peculiarly quaint characteristics of Longfellow Deeds' hometown pals. In 2002 instead of being pixillated, it's as if all the hometown characters are IQ-deficient. It doesn't stop there. Conversely, all the big-city folks are conniving sharks and dishonest con artists. Mr. Deeds wallows in its broad stereotypes and stunted vision. Although it follows the template of the original's storyline (at least until Capra's movie turns into a lengthy courtroom battle), it has no intrinsic heart or belief in its own honesty. The $20 million of the original has been inflated to a fortune of $40 billion, but no longer does this Mr. Deeds ferret out deserving citizens to receive portions of his bounty. The new Mr. Deeds garishly hands fistfuls of $20,000 in cash to perfect strangers. The film also pauses for unnecessary bits of extreme physical slapstick as when Deeds throws cats out the window of a burning building or has his butler wallop his foot to prove he has no sensation in the appendage. Speaking of the butler, John Turturro plays the character with much of the same disturbing finesse and color he brought to his small turn in The Big Lebowski. Whatever pleasure there is to be had in watching Mr. Deeds comes from the moments Turturro is onscreen. Gratuitous cameos by Al Sharpton and John McEnroe also burp up from the screen at random moments. Before my assessment is dismissed as that of an old-school reactionary, let it be said that Mr. Deeds needs no comparison with Mr. Deeds Goes to Town to be labeled a failure. Nothing about this movie works. Sandler's return to the lovable doofus character he regularly plays will be welcomed by many of his fans after his misfire in Little Nicky, but I seriously doubt that Mr. Deeds' visit to town will last terribly long.