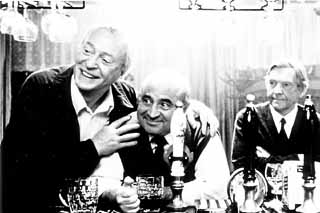 The wintry reminisces of four lifelong friends, recalled in the wake of the death of one of their own, are just about all that comprises the nonlinear plot of the British film Last Orders, which is based on Graham Swift's Booker Prize-winning novel of the same name. What is refreshing about these recollections about the late Jack Dodds (Caine), remembered as the group transports his ashes to the appointed destination in his last request, is how relatively unsentimental they are. By all accounts, the deceased was a husband who failed to understand his wife's emotional needs; a father who refused to acknowledge the existence of his mentally handicapped daughter and resisted the independence of his adopted son; and a friend whose emotional connection to his mates was confined to the time spent at the local pub they frequent. While some of the retrospection about the man can be described as fond, his life was not the stuff of a teary eulogy. Last Orders views Jack's death as a catalyst that revives forgotten memories, re-opens old wounds, and refreshes thoughts of mortality, but as a plot device, his passing leaves much to be desired. While the flashback structure through which the surviving characters relive the past may have worked in the novel, it doesn't work here on the screen. The temporal jumps between the present and varying points in the past deprive the film of a sense of completeness; the transitions from scene to scene are largely disorienting, leaving you struggling to find your bearings. (The middle-class dialects may also disorient some American tin ears, at least at the outset of the film.) Schepisi's direction is surprisingly enervated as well, handicapped by static shots of men sitting in cars, men sitting in bars, and so forth. While Last Orders attempts to give its characters equal time, there is little question that Ray (Hoskins) and Amy (Mirren), Jack's best friend and wife, dominate the film, probably because their past and their future are linked more closely to Jack than the others. In the role of Amy, Mirren -- the most deserving Oscar nominee in the supporting actress category this year -- gives the best performance in a film dominated by male actors. (Onetime pretty-boy Hemmings is unrecognizable as Jack's gruff ex-pugilist chum who is always anxious to pick a fight. What's with the point-tipped eyebrows, David?) Her widow is not a woman embittered by the past, but rather, one who embraces it with a quiet yet wry stoicism. There's a hidden light in Amy, and Mirren's face beautifully conveys the promise that such a light will soon shine after years of being suppressed. If only all of the other elements of Last Orders had achieved the transcendence of this lovely performance, they would have made for a film of the first order. 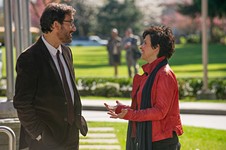 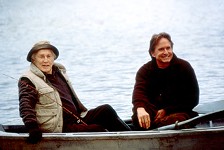 True to the Game 2
Trust us, you'd be better off playing tiddlywinks