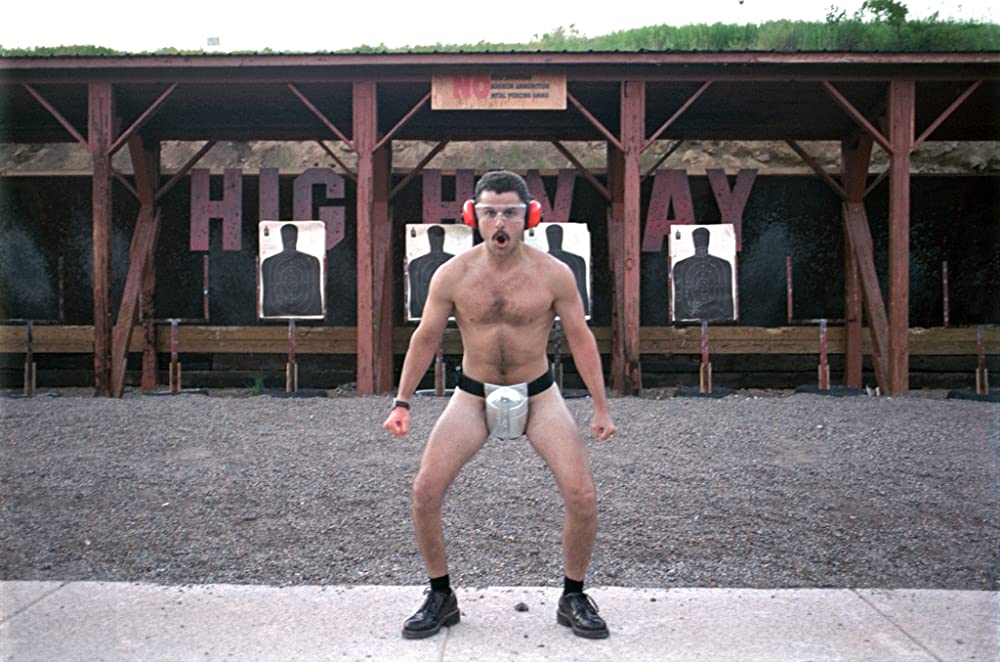 Exceedingly silly -- and how could it not be when its comic well draws mainly from bottom-of-the-barrel material like masturbation, marijuana, and blow-up dolls -- Super Troopers is an earnest, mostly funny spoof of law enforcement in a sleepy Vermont town. A festival hit by the five-man comedy troupe Broken Lizard, this indie comedy succeeds most when episoding the antics of the bumbling boys of Highway Patrol, snarky class cut-ups more concerned with mainlining maple syrup than maintaining law and order. (The best gags come from the troopers' irrepressible glee in mind-fucking motorists.) But when the governor threatens to pull funding and shut down the station, Captain O'Hagan (Cox) orders the troopers to pull it together and, well, act like cops. They try mightily, but still manage to get their yuks in as well (they accidentally score a major coup with a drug bust, but manage to smoke away a goodly amount of the evidence). The troopers, all members of Broken Lizard (Puddle Cruiser), are amiable players, especially director/co-star Chandrasekhar as Thorny, the Middle Eastern de facto leader whose fall-back job is to help out at his girlfriend's head shop. None of the comics are terribly good actors, and an initial hope that the many talents of Brian Cox (a legitimate actor best known as Manhunter's original Hannibal Lecter) might rub off on the boys fails to pan out; by film's end, the Scottish heavyweight is hamming it up just as broadly and grossly as the rest of the gang. No matter -- they all coast by on a harmless whimsy. There are no sharp edges here; the meanest digs are directed at hippies, stoners, and some sexed-up German carjackers. There is some oddly prescient, pre-war Taliban humor revolving around a drug ring whose identifying stamp is an Afghan anime monkey -- “Afghanistanimation,” they call it -- but outside of that lucky break, there's a timeless feel to the film, which is not to be confused with “classic.” But the absence of pop culture serves the film well. Super Troopers scores its laughs from the universal funny stuff of shroom-binging and partner-swapping; the result plays like a mid-Eighties Police Academy: The Backwater Burg Years. One could do worse. 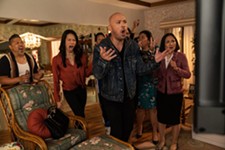