It wasn't as if the world was crying out for a new animated Peter Pan, but here it is nevertheless, and it's neither the fulfillment of our worst fears nor the surprise of the week. Disney has slotted in this new direct-to-video feature for a theatrical run during the non-competitive month of February, where its family-friendly G rating ought to earn it high marks from the preschool crowd. This innocuous 72-minute sequel to Disney's 1953 animated Peter Pan plays more like a “greatest hits” revisited than a true sequel. The film's opening sequences set it in London during the World War II Blitzkrieg. Wendy is now grown with children of her own when Peter swoops in to captivate a new generation. Wendy's daughter Jane, who has developed into a hard-nosed realist as a result of the war surrounding her, becomes Peter's new guest in the land of the Lost Boys. Once in Never Land, the events echo those in the original: Peter and Hook are still arch-rivals, Hook kidnaps Jane, Tinker Bell loses her strength because not everyone believes in the powers of “faith, trust, and pixie dust,” and Jane must learn to fly. The characters all look and sound remarkably like their predecessors in the 1953 Disney version and the 1960 Mary Martin/Cyril Ritchard TV classic, although songs by Jonatha Brooks and They Might Be Giants have been added to the mix. The flat animation style won't win any new converts, but the facial detail is at least handled reasonably well. The film strikes a strong note for girl power as Jane has no intention of becoming the Lost Boys' mother. She wants to become the first Lost Girl. Return to Never Land might also strike a few unintentional contemporary heartstrings with its life-during-wartime setting. Yet it's doubtful that these updates offer such improvements over the earlier versions that it warranted making an entirely new animated feature instead of just re-releasing the 1953 classic. Return to Never Land is preceded by the 1948 animated short “Pluto's Fledgling.” 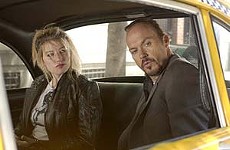 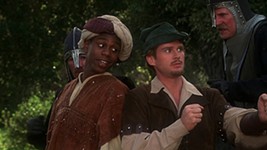