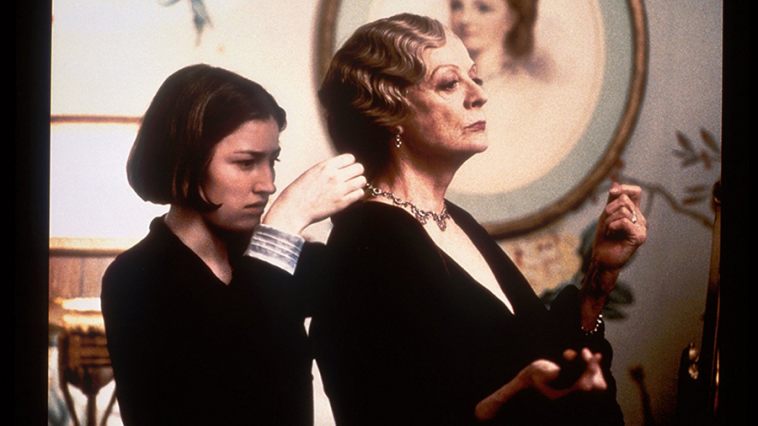 It may seem ironic, considering how notorious Altman is for allowing his actors to digress from the script into manic, thrilling improvisation, to note that the success of an Altman film has a lot to do with the quality of the screenplay. His missteps, more often than not, have a shoddy script to begin with (including his last two films, Cookie's Fortune and Dr. T and the Women, both written by Texan Anne Rapp). What Altman needs is a solid framework: a good idea and precisely drawn characters to work from. In Gosford Park, he has them in spades. Based on an idea by Altman and producer/costar Bob Balaban, then scripted by Julian Fellowes, Gosford Park is an expert, withering character study. That in itself is an achievement, considering how mightily the conceptualization of character is skimped on these days -- the depth of character here is like steak tartare to the Big Mac of most Hollywood productions. But even more astounding is that Gosford Park's character study runs into the double digits. Altman is working with twenty-some actors, and not an especially long running time, yet everyone gets their moment in the sun, so to speak. The setting, on the other hand, is sunless, a dreary gray estate in the British countryside -- Gosford Park -- circa 1932. The lord of the manor is the craggy, utterly charmless Sir William McCordle (a craggy, utterly charming Gambon); nobody much likes McCordle, but he's the reason everyone's gathered for a weekend shooting party -- not so much for the pheasant hunting, much more so to bleed the old moneybags dry. His cheating wife (Scott Thomas); their daughter's lover (James Wilby); Sylvia's vitriolic aunt, the Countess of Trentham (Smith); Sylvia's penniless and desperate brother-in-law (Tom Hollander); a Hollywood producer (Balaban) -- everybody's looking to take a bite out of McCordle, which is perhaps why his teeth are constantly bared. But that's just the half of it: Below decks, in the servants' quarters, most of his employees have a bone to pick with him as well -- poor treatment, even worse pay, his manhandling of the maids. Typically, the characters assembled could just as comfortably fit in at an insane asylum, but it all makes for such delicious fun. Much of the pleasure derives from the upstairs/downstairs dynamic in which the servants know and feel far more than their masters, and get a special kick from watching their employers muck up even further their already irredeemably muddled affairs. Disappointingly, the film loses some steam when it sidetracks into a murder mystery. Though it's great fun watching Altman poke fun at those pokey Agatha Christie whodunits (a bottle of poison is labeled such in big black letters, and every suspect gets their cheesily ominous close-up), the addition of plot points somewhat needles away from the real joy of the piece, which is the diamond-in-the-rough characters. The sprawling ensemble cast is terrific, each wonderfully sullied by their ambition, revenge, lust, and nasty little barbs. (Dame Maggie Smith in particular is fantastic as the tongue-like-lye countess, as is Jeremy Northam as the preening, real-life matinee idol, Ivor Novello.) The resolution, too, is not altogether satisfying, but, with Gosford Park, it isn't about where you get, but how you get there -- and the getting there is a chewy delight.