The “Majestic” may be the name of the old movie house Jim Carry restores in this period piece, but you get the feeling it's also the tone director Frank Darabont is going for. That feeling of being terribly important is what he's gone for in all of his movies -- The Green Mile, The Shawshank Redemption -- overstuffed and overly sentimental morality plays about Truth, Honor, Decency, and other capital-letter conditions. Here, he's crammed in all these and more, like Love of Country, Love of Movies, and Love of a Good-Lookin' Gal. Carrey plays Peter Appleton, a Fifties screenwriter who sees his big shot at Hollywood's A-list go down the drain when he gets called to appear before the House Un-American Activities Committee. Carrey responds to that call in appropriately Amurican fashion: by getting good and soused, then hopping into his convertible for the proverbial long walk off a short pier. Tossed into the ocean and suffering from a mighty blow to the head, Peter washes up on a beach the next morning with his memory lost. With the help of a kindly older gent, Peter stumbles into the nearby town of Lawson and is quickly identified as Luke Trimble, one of Lawson's favorite sons who went off to war and never came back. In quick succession, Peter (now, presumably, Luke) reconnects with his dad (Landau), woos back his old girlfriend (Holden), restores the decrepit Majestic movie house, and resurrects the spirit of Lawson, which lost some 60 men to the war. Of course, we know they wouldn't have wasted all the expository time on the blacklist if it wasn't going to come back and bite Peter/Luke in the ass, and besides, how else to work in the requisite speech about truth, justice, and the American Way? No doubt The Majestic will be touted as “exactly what America needs right now” (a sentiment downright noxious to all of us cynics crawling out from the rocks we've been hiding under). And there's certainly nothing wrong with uplifting patriotism or movie appreciation -- when done the right way. Critics have been quick to point to the Capra-esque quality of the film, recalling those grand old days when Frank Capra (It's a Wonderful Life, Mr. Smith Goes to Washington) and his everyman hero Jimmy Stewart embodied the best of what it meant to be American. But The Majestic isn't Capra-esque; it's a carbon copy, and feels about as second-hand and soul-less as one. Capra's films worked because they were true to their time. The Majestic is not. Sure, it re-creates that time quite nicely (the period detail is lovely, as is the ensemble of character actors in stock Fifies-type roles -- the war veteran, the sheriff, the good doctor), but as a package, it all plays so flatly, so vacantly pretty. Society and film have learned a lot since the Fifties, and it's the responsibility of both to apply what we know now to what we create now. Darabont shirks that responsibility, opting instead for gloss, ham-handedness, and an empty rehash of something that's already been done, and done better. (The same goes for Carrey's woeful attempt to revive Jimmy Stewart.) The film is paint-by-numbers all the way, when really what “America needs right now” is some original brushstrokes. 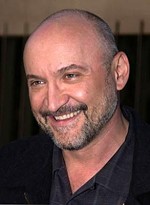 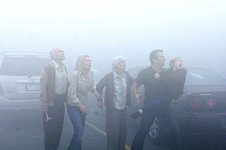 The Mist
There's "something in the mist," and it's not only the beasts that bite but also the dark things that reside within. 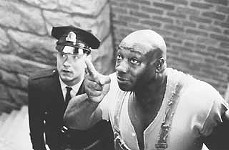 The Green Mile
Oh, the time and money we all could have saved had Frank Darabont hooked up with Stephen King long ago. The director who also helmed ...