The title alone sets Better Than Sex up for a fall at the hands of metaphor-manic critics (“About as appealing as dry-humping a second-hand sofa!” Haw!). But then, this Aussie import rather deserves it, if only for having the audacity to assume that trudging out the old Spit vs. Swallow Dilemma constitutes an advance in the Great Gender Debate. (It doesn't.) What exactly first-time feature writer/director Jonathan Teplitzky posits as “better than sex” is the intimacy that comes after -- you know, the love stuff. Hardly revelatory, but then, very little is in this romantic comedy about two strangers who meet, hook up, and then quite inadvertently stumble across the “better than.” There's nothing immediately excitable about Cin (Porter) or Josh (Wenham) -- she's a dress designer in Sydney, he's a nature photographer back home for a couple of days before returning to his adopted London -- and their post-party one-night stand plays almost as an afterthought. But then Josh turns out to be much more than just a dead ringer for David Duchovny's Outback-bleached brother, Cin's fairly charming herself, and “one night” quickly bleeds into three. Their interactions (predominantly sexual) are broken up by “interviews” with Cin, Josh, and a handful of their friends, meant to serve as running commentaries on the action at hand and gender relations in general. Unfortunately, these interludes are stagy, disruptive, and unilluminating. (You have to wonder what kind of producer OK'd a script that actually includes women grousing about men leaving the toilet seat up.) There's also a thin subplot involving an omniscient cab driver (McQuade), a conceit that injects an ill-fitting metaphysical whimsy to the film. It's easy enough to understand why Teplitzky felt it necessary to write in these distractions: Confining an entire film to one setting and two characters is a gamble, to be sure. But these interludes detract from the film's greatest strength, which is the appeal of its leads. Just as Cin and Josh grow on each other, Porter and Wenham grow on the audience, dishing out complicated and charismatic characterizations. They also deserve a round of applause for their unselfconscious performances while in an almost ceaseless state of undress. (Though the nudity isn't really graphic, Better Than Sex is little more than a constant and occasionally pretty imaginative sex show.) Porter and Wenham approach the sexual scenes with a humorous tack; their internal monologues while receiving cunnilingus are funny enough to distract from the inherent awkwardness of watching oral sex in a theatre rather than on late-night Skin-a-Max. Honestly, though, after the first half-dozen encounters, the titillation factor goes kaput, and all you're left with is two good actors stranded with a soggy script. Now what's worse than that? 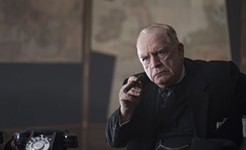 Churchill
An intimate look at a leader's state of mind 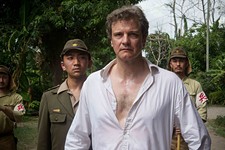 The Railway Man
Colin Firth stars with Nicole Kidman in this memoir about a WWII POW in Burma who, in the present day, still suffers repercussions.