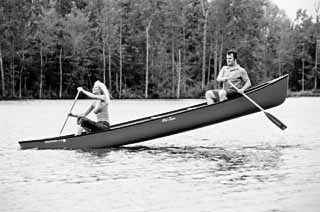 Shallow Hal. Shallow Movie. The notorious Farrelly Brothers (Dumb and Dumber, There's Something About Mary) fire a dud in their new film effort designed to tickle the heart as well as the funny bone. Although the premise -- which has shallow single guy (Black) hypnotized by real-life self-help guru Tony Robbins (playing himself) into seeing only the inner beauty of the opposite sex -- provides the Farrellys with (ahem) ample opportunities to let loose with outrageous sight gags (their comic specialty), there is something about the premise that is also thoroughly disingenuous. While paying lip service to the notion that beauty is only skin deep, everything in our hero's mind's eye and the movie's basic beliefs argues that ideal beauty looks like nothing less than Gwyneth Paltrow. They can yank the actress out of her Miramax corset movies and park her in a realistic-looking fat suit, but just take a look at the movie's form-hugging advertising material to see that the Shallow Hal campaign kicks some major bootie and invites viewers to ogle its leading lady's curves. Beauty may be only be a surface attraction, but it has very deep pockets at the box office. Paltrow, however, rises to the occasion and instead of relying on physical props and gags to carry her performance, she turns in a very measured and believable characterization. What does the trick for Paltrow is not so much her performance in the padded body suit, but her performance as a fat person in a thin person's body. Here, despite her svelte form, her movements are limited, apprehensive, and heavy, as if there really is a lot more weight on those bones than our hero (and the audience) can see. Of course, one of the inside jokes of the movie is that leading man Jack Black is an undeserved leading man. Short and fat (just like his cruising pal played by Jason Alexander), Black's Hal has a history of trying to date out of his league. Very full of himself, the character of Hal doesn't work as well here as Black's characterizations of the manic record-store geek in High Fidelity or the self-inflated rock & roll god in his own mind as one-half of the comic music duo Tenacious D. In Shallow Hal, he plays this obnoxious male stereotype with little irony, which makes it much less palatable, especially when sustained for an hour and a half. Faring worse is Alexander, who essentially delivers little more than a shallow imitation of the shallow George Costanza character he played on Seinfeld. Cruising the bars in his Members Only jacket and a bad toupee, he is the kind of jerk who would drop a girl because of the size of one of her toes. But the joke is on him: The Farrellys save their most humiliating -- and thoroughly superfluous -- sight gag for his character. The movie's action is also frequently slowed down by the extraneous introduction of Rene Kirby, who has spina bifuda and walks on all fours. His presence has nothing to do with the movie's plot: It's merely another sight gag and a way for the Farrellys to showcase their breakthrough revelation that beauty is only skin deep. Kirby's “walk-ons” only serve to interrupt the movie's flow and further space out the already thin laughs. I almost hate to have to say this but the Farrellys might be better off going back to their rude-and-crude roots instead of mucking around with this sensitivity business. When a human joke like Tony Robbins is the only one who comes away from your movie smelling like a rose, there's a real problem in Farrellyland.