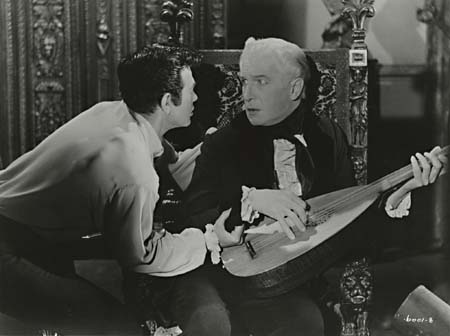 The Fall of the House of Usher

By far the best of Roger Corman's Poe-inspired films done for legendary B-movie outfit American International Pictures in the early Sixties, The Fall of the House of Usher takes the author's gloriously claustrophobic tale of mad Roderick Usher and his undead sister Madeline and fleshes it out into some sort of minor drive-in masterpiece. The urbane and epicurean Price is clearly having great fun with the role of the hypersensitive Usher, a man whose hearing is so painfully overattuned that the very scratching of the rats in the walls drives him to jittery distraction. When school chum Philip arrives unannounced one day (after a deliciously atmospheric approach through what is actually a California-wildfire-benighted stretch of skeletal forestry), the stage is primed for Price's scenery-chewing descent into utter insanity and a wealth of fantastic cinematic tricks from director of photography Floyd Crosby. Shot in screen-stretching CinemaScope with an effective score by longtime Corman collaborator Lex Baxter, the DVD arrives with an enlightening commentary track from Corman, who frequently references no less an authority than Freud when discussing the psychological tone of the film in between shooting anecdotes and a plethora of wry, often self-effacing observations. It's Price's show all the way, though the house itself – spectral matte shots and a wealth of blood-red or deathly blue interiors everywhere – is arguably the real star of the film, portions of which were used in various other Corman quickies, notably the Jack Nicholson/Boris Karloff thriller The Terror. Corman's legendary parsimony has rarely been so inobvious; House of Usher has the look and feel of a film made for far more than its tiny $200K budget (and on a tight, 15-day shooting schedule). Its authentically creepy dream-sequence – all grasping hands and hazy blue-gelled fog swirls –­ is a minor surrealist masterpiece by its own right. Sadly, it's true they don't make 'em like they used to: No one's ever replaced Price's sepulchral cadences, nor Corman's try-anything bravado. No wonder Tim Burton claims this as one of his all-time favorites. 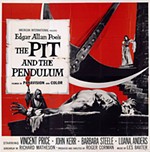 Fast, Cheap, and in Control
Roger Corman: An AFS tribute to a wild angel 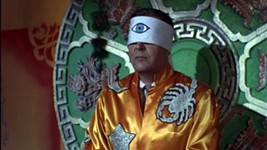 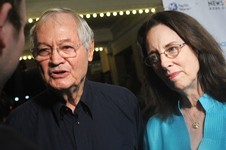 Fantastic Fest: Roger and Julie Corman Lifetime Achievement Award
The king and queen of the Bs get the royal treatment. 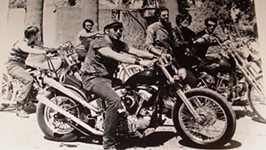 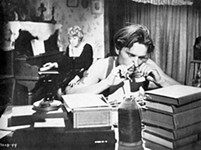