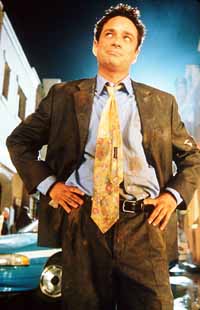 SNL cast member Chris Kattan should have been in silent comedy. He has the Silly Putty face of those old slapstick stars, and a sing-song, splitting-headache vox box that would have played much better in the silents. Hell, all of Corky Romano would have been more palatable without the insertion of sound. (Wait -- no. There were a few passable fart jokes that were served very well by the sound effects.) The genuinely funny stuff, of which there is little, comes from sight gags; Kattan, as the mincing Corky Romano, is indeed an able physical comedian. However, the unfunny and really, really dumb dialogue serves to further the plot and not much else, certainly not to provide any laughs -- that is, unless you think a character's surname being “Pissant” is a sign of the second coming of Noel Coward. Corky is the youngest son of a prominent Mafia family, the Romanos, who's on the skids with the family for becoming a veterinarian rather than a wiseguy. But when the Romanos realize the feds have found a snitch in the family, they decide to counterattack: Send Corky in undercover to the FBI as Agent Pissant (“It's French!” squeaks Corky). Some other stuff happens after that, but does it really matter? Certainly not to Kattan's castmates -- a hit list of respectable actors who I can only imagine were in desperate need of a fat paycheck. Peter Falk as Pops Romano? Peter Berg as Corky's functionally illiterate brother? Chris Penn -- this one hurts -- as Corky's closeted homosexual other brother? Richard Roundtree -- that's right, Shaft -- as an ineffectual FBI director? Mr. Roundtree, you are so not a bad muthafucka anymore. The only actors who walk away unscathed are Kattan -- the best thing in a very bad movie -- and former cover girl Shaw, because, well, in addition to making pouty faces for the camera, at least she gets to walk and talk in Corky Romano. That's got to be an upwardly mobile career move, right? 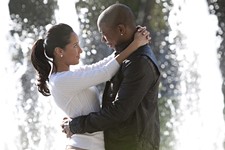 I'm in Love With a Church Girl
The title says it all. 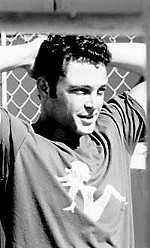 Made
Made marks the first reunion between actors Jon Favreau and Vince Vaughn since the breakout success of Swingers in 1996, which Favreau also wrote. This ...