The practice of reimagining Shakespeare for film has produced some modern wonders that have added contemporary depth to the classic texts: Kurosawa's Ran, Richard Loneraine's 1995 fascist spin on Richard III, even Baz Luhrmann's overexuberant take on Romeo and Juliet gave that dog-tired tale a thrilling kick in the old codpiece. And then there have been the throwaways, intriguing experiments on paper that fail to do much onscreen: Michael Almereyda's recent Hamlet re-visioning with Ethan Hawke, or David E. Kelley's Midsummer Night's Dream (more of a nightmare, really, after the critics got done with it). When done right, Shakespeare can leapfrog centuries and his words still make sublime sense. When done wrong, his ideas rub like an anachronistic rug burn in modern times. Disappointingly, O falls smack in the “done wrong” category. Director Tim Blake Nelson (who co-starred in the Coen Brothers' O Brother, Where Art Thou?) has substituted the passionately raging warrior Othello for basketball star Odin James (Phifer), or O, the only black kid at a tony, South Carolina prep school. Everything's going for him: He's dating the dean's daughter, petite blond Desi (Stiles), top-tier NCAA teams are wooing him, and Coach (Sheen) loves him like a son. His only enemy goes undetected as his best friend, Coach's son Hugo (Hartnett). Hugo doesn't much like his second-place status, on the court or at the dinner table, so he decides to bring O down, by spreading lies about Desi's faithfulness, thus setting in motion the chain of events that ends in ... well, you've read the play. The problems with Nelson's piece are numerous, not the least of which is that the transplanting of the action to a high school basketball court could have been inspired, but here just plays lamely. As does the relationship between Desi and O: The young couple comes off like they caught a bad case of puppy love, which doesn't lend well to the extreme turn their relationship eventually takes. None of the actors are standout; most particularly, Hartnett's Hugo is a muddled reinvention of the pivotal Iago role. Shakespeare's Iago was much more interesting as a portrait of pure evil; here, he's given a Psych 101 sob story to tell -- “my father never loved me enough” -- and Harnett, with his mopey eyes and sad sullen face, makes for an altogether too sympathetic villain. Even when he's hatching his mass-murderous plans, he still looks like all he really needs is a big hug and a good cry. And, although my memory of Othello has faded some since sophomore English, I don't remember Iago dirtying his hands so much. The twisted brilliance of that character was in how little effort he had to put into making the mighty fall so far. He's too involved here, less inclined to push the right buttons, more inclined to take a shot himself. O was filmed prior to Columbine, then shelved for a couple of years and bounced to a new distributor, because its depiction of extreme teen violence was considered too controversial in the current climate. It's a case of lousy timing for Nelson: Obviously, he couldn't respond to those shootings, and therefore can provide zero illumination on the subject. O fails to address adequately contemporary issues (not the film's fault, at least as far as the violence goes), but it also fails to capture the visceral tragedy of the centuries-old story (entirely its fault). It's Shakespeare-Lite, or maybe just Shakespeare-Confused, but any way you look at it, it doesn't work: an intriguing experiment on paper, but a throwaway onscreen. 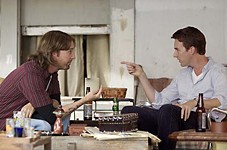 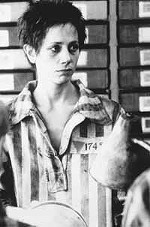