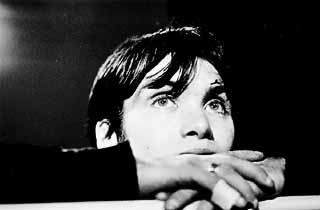 It's possible that all you ever need to know about On the Edge is that at one point its working title was The Smiling Suicide Club. That, and also that someone thought a mere cosmetic change could turn the movie into something marketable. Think David and Lisa and Girl, Interrupted crossed with Dead Poets Society and Tell Me That You Love Me, Junie Moon, then move the story's suicidally troubled teens to Ireland, and also know that another rejected title for On the Edge was Catch the Sun. The movie is a coming-of-age story that aims for realistic portraiture of suicidal teens, and is told with a mixture of drama and humor. But the movie's stunted insight, and the frivolous camera play of director and co-writer John Carney push On the Edge to the borderlines of interest. The story's focus centers on 19-year-old Jonathan (Murphy), who drives a stolen car over a cliff following the death of his father. He survives with only a bruised pinky and is sent to a psychiatric hospital instead of jail, where his mordant humor keeps him aloof from the others in his therapy group as well as the sensitive head psychiatrist Dr. Figure (Rea, with his signature knack for doleful passivity in full flower here). Eventually, Jonathan bonds with two others in Dr. (Go) Figure's therapy group: self-destructive Rachel (Vessey), a cutter who taunts and tempts Jonathan and with whom he eventually falls in love; and comrade-in-cynicism Toby (Jackson), who is troubled by the death of his brother, which was caused by an automobile accident while Toby was at the wheel. The threesome form a friendship, although those Irish cliffs exert a curious pull and morbidly beckon each of them to plumb its rocky cavities. One character is eventually “sacrificed” so that the other two have the possibility of redeeming themselves through their love. Along the way, Carney's camera dabbles in all sorts of striking twists and turns that do little to illuminate the characters' conflicts but speak volumes about the director's need to be noticed. Produced by Jim Sheridan's Hell's Kitchen (My Left Foot, In the Name of the Father, Some Mother's Son, and Agnes Browne), On the Edge philosophically shares the unpretty realism championed in all Sheridan's previous work. The ill-defined psychological underpinnings of this teen trauma picture, however, threaten to drive the whole thing right over the cliff. 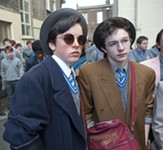 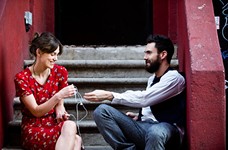