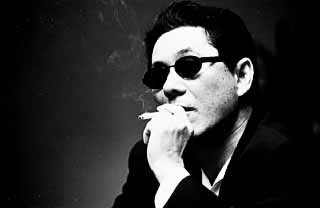 Takeshi “Beat” Kitano's first U.S.-shot film is, like its director, a tough cookie to crack. Part lyrical gangster drama, part new jack crime-family saga, and part traditional Japanese yakuza epic, it has plenty of Kitano's trademark hyperviolence but little of the contemplative mood of such previous features as Sonatine and Fireworks. Kitano is a household name in Japan as both the stoic-faced actor and director of oddly endearing shoot-'em-ups; filmically, his closest antecedent may be the pre-Hollywood John Woo. Both directors revel in the poetry of bloodshed, and both are clearly fascinated with the notion of honor -- or lack thereof -- among thieves. But while Woo has successfully imported his Hong Kong stylistics to this shore, Kitano has until now steadfastly resisted any impulse to head stateside. His first California-lensed production, then, is a bit of a mixed bag, with a surfeit of violent scenes (including some drastic chopstick action you're likely to lost your fortune cookies over) but a loss in Kitano's usual philosophizing. Here he plays yakuza tough Yamamoto, who flees to America after things become too hot for him to stay in Tokyo. He then seeks out and aligns himself with his brother Ken (Maki) and Ken's right-hand-thug Denny (Epps) who spend their days running drugs and imitating the mores of gangsta rap. Yamamoto's a pro, though, and in short order he transforms his brother's lowly gangland hoodlums into a tough-as-bullets working outfit complete with their own ritzy offices with a basketball court on the side. Applying the ancient skills of the yakuza to the mean streets of Los Angeles, Yamamoto offers his newfound partners a few lessons in the economics of street-level drug distribution by slaughtering the rival dealers with a few well-placed barrages of gunfire. Mergers and acquisitions, indeed. Kitano the director (as opposed to “Beat” Takeshi, the name he uses as a performer) has always had a fluid style; his editing melds one act of unremitting bloodshed to the next, and it's this fluidity that makes his theatre of excess go down so easily. Unlike Woo, whose ongoing theme of homoerotic alliances between cops and killers runs through virtually all of his films, Kitano's yakuza punks are less concerned with their emotions. They're businessmen first and foremost, and one of the dapper Yamamoto's first actions once he's arrived stateside is to unite the divisive members of this brother's gang and meld them into a cohesive killing machine. He's the Zig Zigler or Tony Robbins of the gangster underworld. I'm wondering how Brother will play among American action buffs who may only be familiar with Asian cinema from Jackie Chan's Rush Hour films or Jet Li's recent turns in Romeo Must Die and Kiss of the Dragon. Kitano's beat is an altogether grimmer affair, laden with dark irony and unexpurgated scenes of violence. It's rougher stuff than most would expect, though not unrewarding in its own horrific way. 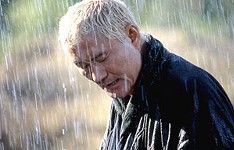 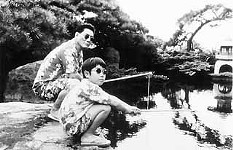 Kikujiro
This Japanese movie by popular star Takeshi “Beat” Kitano is a sweet and amusing picaresque tale of the physical and emotional journey of an ill-matched ...