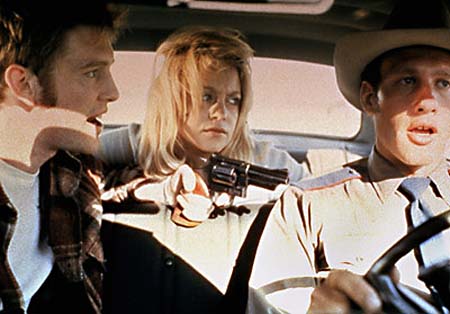 With this first theatrical feature, Steven Spielberg proved he had the right stuff to become America's purest and most accomplished film entertainer. Based on true events, the film tells the story of an escaped convict and his wife who lead the police on a car chase across Texas in order to retrieve the baby in Sugarland and forestall his imminent adoption.