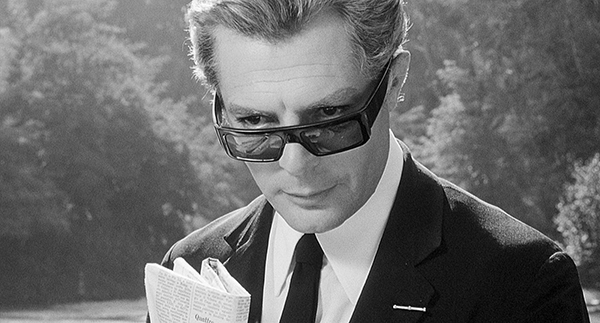 In this, Fellini's first film since La Dolce Vita catapulted him and Marcello Mastroianni to international stardom - Mastroianni plays Guido (hmmm …), a director who's just had a huge hit but is now struggling to come up with an idea for his next project. Between fits and starts, ducking the press, and false assurances to his producer that, yes, he will certainly find some way to use the giant rocket ship set, Guido goes back through his life and confronts all his demons. And what a cavalcade of demons! It's partly the autobiographical fantasy cast with which Fellini fans became familiar in numerous later films - the strict parents and school, the sneaking out at night, the terrifying first encounter with a prostitute, the mysterious circus characters that seem to populate deserted piazzas in the middle of the night. With 8 1/2, Fellini cast aside all vestiges of the naturalism that informed his early work. From here, he stepped off into the dazzling fantasyland of Juliet of the Spirits, Satyricon, and Roma, but for many, this remains the quintessential Federico.

Fellini Satyricon
Visually stunning and sensationalistic film is Italian master Fellini's take on the decline of pagan Rome. Filled to the brim with cautionary sights of almost-surrealistic ... Nights of Cabiria
With the indomitable demeanor of a Chaplinesque naïf, Masina plays a shabby streetwalker who dreams of happier times. This winner of the Best Foreign Film Oscar was later adapted as the play Sweet Charity.