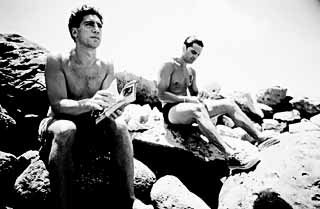 There are times in Before Night Falls when it physically hurts to watch. Yes, the scenes of violence are terrifying to behold, like when a grown man is forced to suckle a pistol, knowing how completely at mercy he is to the tyranny of another man. But the moments that really hurt are the ones of uncommon beauty, found in uncommon places. Like the odd splendor of hundreds of balls of soap swinging outside of jail cell bars or a single clap of hands that sends a brigade of birds flying madly around the crumbling walls of a convent. Moments so extraordinary they riddle you speechless, struck back to an infantile state. The man behind the artistry is director/co-writer Julian Schnabel (Basquiat). His film about exiled Cuban poet/novelist Reinaldo Arenas is a biopic only in the loosest, least academic sense of the word. Based on Arenas' memoir of the same name, Before Night Falls traces the life and death of the writer, from his peasant birth in Forties Cuba to his involvement in Castro's revolution and his eventual disillusionment with the dictatorship (the government labeled Arenas a dissident for his writings and homosexual orientation; he was regularly censored and jailed). Barring a previous knowledge of Arenas, Before Night Falls can be confusing. It's a highly impressionistic work that refuses to chart a neat course in three-act time. Sometimes without introduction or context, people very nearly float in and out of Arenas' life -- one actually departs in a hot-air balloon ride that begins rapturously and ends in tragedy. That mix is common throughout the piece: There is so much exultation here -- in life, in art, in sex, in the sea -- but it is qualified by equal parts pain. Schnabel's film could have been an exercise in sadism (to combat every extreme high with an even more extreme low is about as low-down, no-count mean as you can get), but there's a tenderness to each triumph and the inevitable despair that follows. No director can achieve that kind of sensitivity alone, and Schnabel is blessed with equally sentient performers. Arenas is briefly, indelibly played as a teenager by Schnabel's son, Vito Maria Schnabel; however, it is Javier Bardem's adult rendering of Arenas that makes the writer most vividly felt. Bardem won Best Actor prize at the Venice International Film Festival for his work here, and he deserves every other trophy out there. He embodies Arenas with a grace of motion and emotion, and every reaction he registers is natural, immediate, sincere. When the young writer is first told by an editor that he was “born to write,” his face shyly breaks into a mixture of pleasure and pride; upon securing his first, dumpy apartment, he shakes his keys in his teeth like a dog with a new bone. He and Schnabel refuse to mire themselves in the tragedy of Arenas' story (after years of imprisonment, the writer finally fled to New York, only to end his days stricken with AIDS, leading the impoverished and abandoned life of an exile). Instead, the film trumpets the joy of living, even in the face of unconscionable misery. Before Night Falls is a celebration of life and of Cuba -- the natural Cuba, the Cuba that exists outside of Castro -- with colors near-vulgar in their brilliance and sounds so beguiling you can practically feel the mambo beat drumming in your veins. It's huge and bewildering and it hurts to watch, but it hurts so good it's gorgeous. (See related interview in this week's Screens section.) 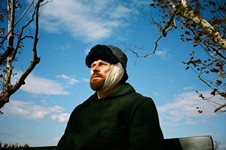 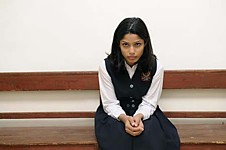 Miral
Directed by Julian Schnabel, this film tells the story of an orphaned Palestinian girl who is caught between emotions on the eve of the Intifada.