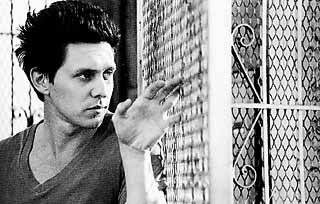 There's plenty here to appreciate if you're a fan of the school of filmmaking in which emotions are held to a slow, controlled simmer, their latent power suggested mainly through visual and gestural cues that hint at the enormity of what's being held in check. Barbieri's spare, psychologically nuanced story is a disciplined exploration of sub-surface complexities in a situation that doesn't, at first glance, promise much depth. The principals are two young Italian-American guys living in a working-class San Francisco neighborhood. Nick (Picoy) is fresh out of prison, where he's served a short stretch for helping his terminally ill grandfather commit suicide. While he's getting his life back together, he's staying at the family home of city sanitation worker Charlie (Cairns), an old school chum whose two dominant talents are playing baseball and pissing away the opportunities that life hands him. Nick obviously had a lot in common with Charlie back in the day, as allusions to 600 SAT scores and general blue-collar delinquent behavior make clear. But prison seems to have awakened in Nick a startling new urgency and earnestness for life that throws Charlie for a loop. As his old partner in dissolution enrolls in a local junior college, gives up strip-club crawling, and even acquires a girlfriend (Macintosh), he responds with passive-aggressive efforts to knock Nick back down on both the social and psychological levels. The scenes between Nick and Charlie are seething with all sorts of low-level psychodrama, ranging from neediness to active hostility to whiffs of latent homoerotic jealousy. It all stays strictly on the sub-subtextual level, though, as Barbieri offers no unobscured views of the characters' emotional cores -- only muttered conversations, ambiguous gazes, and static cameras staring blankly into rooms thrumming with invisible charged particles of emotional radiation. If you're a major fan of, say, the films of Victor Nuñez or the 1980s school of literary minimalism -- this may just be right up your alley. The obvious danger to this ember-fanning approach is that (especially taking into account an American movie audience attuned to hyperthyroidal, hot-button-punching films with titles like Carnal Velocity) one runs the risk of being just a bit too exquisite. Furthermore, Barbieri's radically stripped-down approach, though intended to focus our minds strictly upon the heart of the story, actually has at times the exact opposite effect. The austerity becomes, paradoxically, distracting and showy, every bit as attention-hogging in its way as the flashiest style-workouts of Guy Ritchie (Lock, Stock & Two Smoking Barrels) or Alfonso Cuarón (Great Expectations). All in all, this is perhaps one of those films you applaud more for design than execution while hoping at the same time that its boundary-testing restlessness becomes more widely influential.