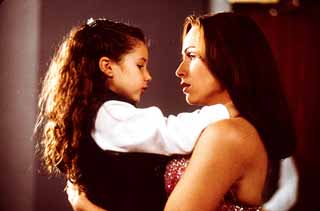 America may really, really like Sally Field, but her directing debut is a tone-deaf dramedy whose need to please is a pain in the neck. The script, by Ringmaster scribe Jon Bernstein, casts a wide enough net to drag in elements of farcical camp and sudsy backstage melodrama, but Field's direction is firmly planted between those two poles, in what amounts to blandly sentimental TV-movie terrain. As John Frizzell's syrupy score hammers home every emotional cue and shimmery “seven years later” dissolve, ballsy Illinois homegirl Minnie Driver (also one of an army of producers locked in a struggle to the death for control of the movie) limps along the beauty-pageant route. But in her tireless pursuit of tiaras, she forgets what's really important in life: the wisenheimer tomboy daughter (dimpled, prepubescent Pepsi shill Hallie Kate Eisenberg) she left behind with her long-suffering best friend (Joey Lauren Adams, likable enough in the most thankless second-banana role in recent memory). Quirky details, such as a “Miss Tiny Darling Princess Pageant” and a tasteless production number, suggest dead-on satire. However, Field ignores the comic potential in her material so stubbornly that larger-than-life figures like Michael McKean and Kathleen Turner are wasted in evanescent walk-ons -- as a mincing pageant coordinator and a boozy poise coach, respectively. Evidently Driver didn't get the memo on that decision: Her Mona is so over-the-top that her taped-up cleavage, dressing-room sabotage, and Barbara Stanwyck shoulder pads seem to have sashayed in from another movie, perhaps even a better, edgier one less afraid to take risks with an unlikable protagonist. Meanwhile, on the wacky side, rival contestant Bridgette Wilson -- 1990's Miss Teen USA and the current Mrs. Pete Sampras -- totes her ventriloquist's dummy from scene to scene, and Gregg Araki scenester Kathleen Robertson plays “Turkey in the Straw” on the fiddle in a sequined evening gown. Yet none of this is especially funny, and the movie is mawkish enough to contain not one but two adorably daffy, senile dames -- first in wheelchairs, then dead off camera. Each twist of the story is increasingly illogical, and with the possible exception of Eisenberg, none of the actresses seem young or insubstantial enough to even want to be a Miss American Miss. And only an unsinkable optimist like Field would buy the pandering, calculated conclusion, a pseudo-feminist shout-out to all the ladies in the house. 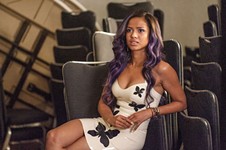 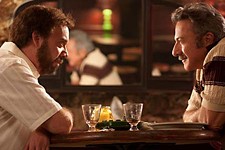