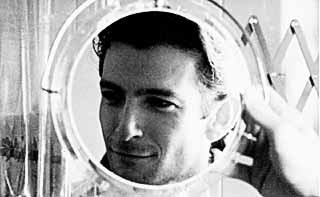 Did you hear the one about the guy who went home with a woman and woke up without a kidney? The award-winning, arthouse film Urbania works on the grim premise that urban folk tales really are true, but that’s where the comparisons to the recent teen schlock-shock film Urban Legends end. Based on the play Urban Folk Tales by Daniel Reitz (who co-adapted the screenplay with first-time director Jon Shear), Urbania begins with narrator Charlie (Futterman, The Birdcage) asking an unseen companion if they’ve heard any good stories lately. Charlie has, but he says he’s still trying to figure out its ending. From there, Urbania dives headfirst into what initially seems a surreal brand of storytelling. This is moody, heady stuff that refuses the audience any easy outs. Little is immediately discernible: We know Charlie once had a lover, but the two have since broken up. It’s clear this is the story Charlie wants to tell us, but everything about it is revealed piecemeal, in flashbacks, flashforwards, hallucinations, deviations, even visits from the grave. Although the idea of the urban legend is used throughout, it’s really just a gimmick to give the fragmented narrative some semblance of structure. The real, and much more terrifying, notion here is that bad things happen to good people, and even the most charmed life may be devastated in a moment of “wrong-place-at-the-wrong-time.” It’s impossible to shake the feeling of impending danger or imminent despair while watching Urbania, which is why this bleakly shot film is so gut-wrenching to watch at times. That said, it’s worth it. Every step closer to unraveling the plot is a hard-fought, though intriguing, victory, and the more the pieces fall into place, the more visceral Urbania becomes. Flashbacks of Charlie and his lover (the only sunlit scenes ñ almost the only brightly lit scenes, period) are so sunny and joyful and provide such a profound sense of safeness that it’s like a sucker punch when Shear yanks us back into Charlie’s present-day, gritty, night-dwelling world. Urbania occasionally feels a little stagy (only natural considering its theatrical beginnings), but overall, Shear shows a subtle deftness with the camera ñ he’s striking, but never showy. Similarly, the performances appear quiet and unobtrusive; only at film’s end do we recognize their depth. Futterman (who won Best Actor at the Seattle International Film Festival) carries the film. Seemingly unremarkable, reactive rather than proactive, his Charlie practically ignites when all of Urbania’s enigmas finally make sense. Well - almost make sense. The logic of the piece is revealed literally in the last reel, and even then Urbania leaves you scratching your head a bit, wondering what just happened, and worrying if maybe it could happen to you too. 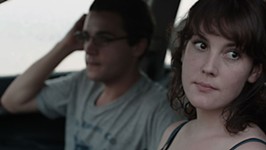