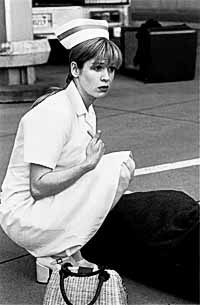 Betty Sizemore is a delightful cinematic creation. She pours coffee without looking, gets misty thinking about a Buick LeSabre, and when one character tells her about a trip to Europe, Betty responds: “The Europe?” With her loopy charm and small-town Texas beauty, Zellweger is ideal for the role, playing Betty with a childlike earnestness that can wriggle under the skin of even the crustiest moviegoer. But something is amiss in the film about her, Neil LaBute's anticipated follow-up to In the Company of Men and Your Friends & Neighbors. The film is centered on a waitress with Florence Nightingale dreams, who bolts her Kansas life to find her destiny in Los Angeles. LaBute has fashioned her journey into a modern-day road trip to Oz. In her blue gingham apron and red shoes, Betty doesn't just look like Dorothy, she dreams like her too. When Dr. Ravell (Kinnear), the hunky hero of her favorite soap opera A Reason to Love, sighs into the camera, “I know there's someone special out there for me,” it is a kind of “Over the Rainbow” call to arms, and Betty is off to see the doctor, the wonderful doctor of Loma Vista. This event comes right after Betty witnesses the murder of her husband (LaBute mainstay Eckhart, in full white-trash glory) at the hands of two mysterious hitmen, played by Morgan Freeman and Chris Rock, all of which rockets her into a dream world (or fugue state, as the press materials state) in which she believes she is a character in A Reason to Love. The funniest parts of Nurse Betty are the various reactions to this bizarre behavior, which characters interpret as anything from delusion to brilliant method acting. (Like the foursome on the yellow brick road, the characters in Nurse Betty tend to fantasize about strangers and create legends around them only to find that -- like the Wizard himself -- they are mere mortals.) The scenes between Zellweger and Kinnear are enchanting, but the various tangential storylines are like a wet blanket thrown on the movie's momentum (although the return of Crispin Clover is no small gift). None fare as poorly, however, as Chris Rock. He may just be the best stand-up comedian of his generation, but anyone who saw him in Dogma (or Saturday Night Live or Lethal Weapon 4) knows the man can act about as well as white boys can dance. Rock doesn't ruin the film; his awkward performance just doesn't help any. Nurse Betty was written by debut screenwriters John C. Richards and James Flamberg (who won the best screenplay award at Cannes), and it marks the first time LaBute has helmed a film he did not write himself. LaBute has never been a master of subtlety -- his gift has been creating acid-tongued morality plays that hammer their points to a bloody nub. Here, his obvious talents just don't jibe with material that requires a light comic touch. It smacks of resisting the pigeonhole, but unfortunately, its uneven comedy may leave moviegoers yearning for the confidently choreographed banter and moral sludge that marked LaBute's previous outings. Heavily influenced by his stage hero, playwright-cum-director David Mamet (and allegedly based on LaBute's own father), those films bristled with an uncompromising energy that makes Nurse Betty seem downright frumpy in comparison. 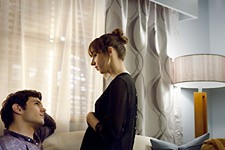 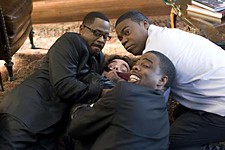 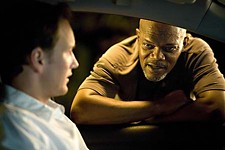