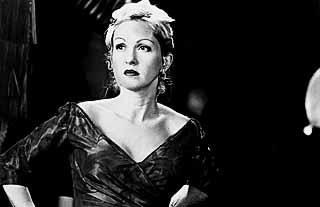 Vic Kelly (Walken) wants to do the right thing. The only thing is, his archaic sense of male pride and his over-compensation toward his loved ones for the sins of his criminal past skew his sense of proper behavior. Vic is an ex-con, a former safecracker who now tries to earn an honest living as an auto mechanic in his own shop in Queens. He wants to do right by his grown daughter (Farmiga) and his elderly aunt (Pitoniak). But he's months late on his house payments, as well as the fees for his aunt's nursing-home care. Furthermore, his auto-repair skills don't measure up to his safecracking talent, thus he's ripe for picking when some old cronies and an eager young stranger who claims to be a relative from Ireland (McDonald) lure him into one last caper. Vic's loving girlfriend Sally (Lauper) runs the corner tavern and offers to loan him the money he needs to get out of debt, but his pride does not allow him to accept her offer. The Opportunists is an evocative, character-driven movie that's at its best when focusing on these individuals. The portions of the movie dealing with the heist are familiar material; they're only interesting in the sense of what they tell us about how these characters all relate to each other. The movie is an actor's dream, however. Not only are these characters beautifully underplayed, but they're underplayed by two of the most enthusiastic scene-stealers around: Christopher Walken and Cyndi Lauper. These two charismatic performers play down their usual go-for-broke tendencies and create in The Opportunists two wholly realistic and recognizable characters, who tell us as much with their silences and body language as they do with their conversations. All the movie's other characters are equally well-drawn, and the movie's sense of place carries strong resonances. It's easy to imagine what drew one of the executive producers, Jonathan Demme, to this piece. His works are also identifiable by their strong sense of character and place (for examples, see Melvin and Howard, Married to the Mob, Philadelphia and even The Silence of the Lambs). Dublin native Myles Connell makes a strong writing and directing debut with The Opportunists. Anyone who can make Christopher Walken seem like just another average guy is a filmmaker with a unique vision. 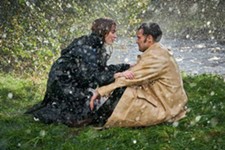