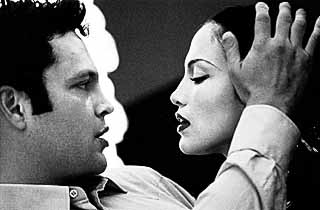 Director of commercials and music videos Tarsem Singh is like a toddler at Christmas: He's far more interested in messing about with the pretty, shiny wrapping than he is with the actual toys themselves. All those ribbons and bows and boxes to climb around in are his idea of heaven, and The Cell, his cinematic version of a pretty hollow Christmas, is chock-full of bright eye candy in place of where a story should be. It's a pleasure to watch, but I found myself wondering if having a story here even mattered to the director at all. Somehow, I don't think so. What there is of story is rote stuff: Lopez plays psychologist Catherine Deane, who allows herself, via some excessively vague science fiction, to have her own mind transferred into the mind of recently captured serial killer Carl Stargher (D'Onofrio) in the hope of locating his last surviving victim. The catch is that Stargher keeps his prey in an automated glass “cell” in an unknown location, which, at a preselected time, will slowly fill with water and drown them. Singh's film (from a script by newcomer Mark Protosevich) is as thin and wispy as a nightmare, which, of course, is Singh's objective. Awash in hyperstylized set-pieces and costuming (courtesy of Eiko Ishioka, whose work here references her previous outing in Bram Stoker's Dracula) that would make Queen Amidala look positively pedestrian, The Cell is perhaps the best argument so far against film-inclined young people growing up coddled by MTV. That network's once-groundbreaking style of cut-and-paste, wild-edit, lo-res commercialism has fueled an entire generation of filmmakers who, apparently, have less use for narrative story structure than James Joyce. If this is the American New Wave, consider me adrift. There's much to enjoy about The Cell, of course, if you can manage to leave any expectations of traditional, story-driven plotting at home; i.e., the clever (sometimes too clever) editing (by Robert Duffy and Paul Rubell), which consistently blurs the line between fantasy and reality, and D'Onofrio's gleefully over-the-top performance as the hulking killer, a legend in his own mind, literally. For her part, Lopez looks positively thrilled to be able to sashay about in regal, flowing white gowns that must have gobbled up half the production's budget, but her portrayal of this former social worker-turned-pop psychologist is about as believable as Kevin Bacon's recent scientist gig in Hollow Man. Still, we can presume that no one wants to see The Cell for its mental logistics. The film's deliberately vague ad campaign manages to capture about as much sense as the film itself; you find yourself wondering “huh?” at almost every turn. Oddly, what The Cell may most remind genre fans of is the early work of David Cronenberg, particularly in the fetishistic attention paid to the killer's tools and the chilly, almost sterile set design that makes up the laboratory scenes. Howard Shore, Cronenberg's longtime film-score associate, is also on hand here, and it should be noted that his work in The Cell is some of the best he's done in years. Too bad the film itself sticks in your memory about as long as a tattered, pre-dawn dreamscape. (For more on local company Milkshake Media's contribution to The Cell's special effects, see story in this week's Screens section.) 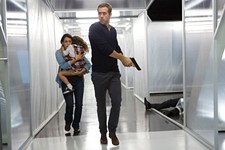 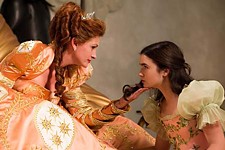