Batten down the concessions stand because if this movie doesn't give the audience a raging case of the munchies, then something's terribly wrong. Yes, we're talking about that kind of grass, the weed that's been both vilified and celebrated throughout this past American century. Grass is a documentary about how our proscriptive laws and attitudes have been shaped by conscious terror and eradication campaigns waged by governmental and societal forces. It is also a story about all the harmless potheads who have been jailed and victimized over the decades for personal possession of the evil weed -- a non-corporatized, untaxed, and unregulated substance. What Grass excels at is its presentation of an informed history of pot's demonization. Using historical footage, snippets of propaganda movies such as Reefer Madness, statistics, and animation (by underground comix artist Paul Mavrides), director Ron Mann entertainingly details marijuana's path from legal recreational use to total criminalization. Crucial to this campaign is Harry J. Anslinger, the first head of the U.S. Federal Bureau of Narcotics, who led the charge to outlaw pot. Included are the numbers, billions of dollars that multiply by each decade and amount to one of this country's greatest boondoggles. And who ever would have suspected that former New York Mayor Fiorello LaGuardia would have been one of the vocal advocates against pot prohibition? Additionally, all our favorite players are here: Paraquat proponent Richard Nixon, decriminalization advocate Jimmy Carter, jailed examples Robert Mitchum and Gene Krupa, and so on. Grass also benefits from the engaging narration by popular hemp activist Woody Harrelson. The research that has gone into Grass is impressive and enlightening, without ever becoming a tedious recitation of facts and figures. The film's primary hook is its lucid argument that our cultural attitudes toward marijuana have been so carefully molded and programmed. Mann specializes in documentaries of cultural phenomena (Comic Book Confidential, Twist), thus this study of the battle waged against marijuana focuses on the effects of the war, rather than the effects of the drug. In some respects, this is also the film's downfall, because it preaches to the choir. Its visual style, humor, touchstones, and viewpoint is drenched in the attitude of the “drug culture” and is unlikely to persuade anyone of the error of their beliefs. Like the one-sided media campaigns it criticizes, Grass becomes a piece of propaganda, albeit one with lots of facts and solid information. But until something better comes along, we're just gonna have to keep the fires burning on this Ron Mann Joint. (Grass screened previously in Austin during the SXSW Film Festival. For an interview with the director see www.austinchronicle.com/issues/dispatch/2000-03-10/screens_feature4.html.) 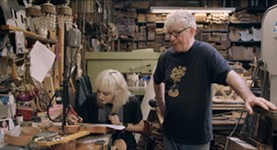 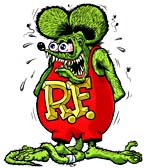