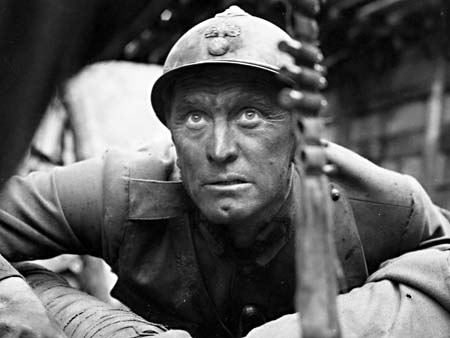 Kirk Douglas fights the military system in this grim depiction of French army politics during World War I. Kubrick’s film vividly depicts the harsh realities of war and remains a great anti-war drama.