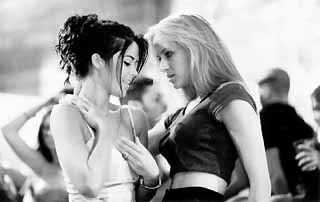 The story reads like the latest Alyssa Milano straight-to-video release: Slightly crazy girl does stint in psych ward. She gets cautiously released into the free world again, whereupon she lands a job at a posh country club as a glorified cabana girl. Suddenly, the country club's young and excessively affluent are taking notice of her (being the vaguely pretty young thing that she is), and soon they invite her into their very glamorous world of binge drinking and partner swapping. Then the corpses start to accumulate, and we have to watch these nitwits turn amateur sleuth. Is the killer slightly crazy, but ultimately misunderstood Adrien? Or maybe reigning queen of the rich bitch set, Brittany? How about sweet but soused Bobby? Or is it that lipstick lesbian? Does it really matter? Nope. The In Crowd could have been fun, in a USA Up All Night sort of way. Catfights, lesbian undertones, everybody's vacantly pretty and half-dressed (or less) – this is the stuff of good, clean, campy fun. But instead of titillating, The In Crowd is nothing but a deadly dull business. It looks and feels like a WB show, only Dawson's gang probably could act its way out of a paper bag, which is more than The In Crowd-ers can boast. Quite a few of them hail straight from daytime soaps, which explains all those long, dramatic pauses and general flair for histrionics. (Born-and-raised Austin actress) Lori Heuring is dreadfully miscast as our heroine of sorts, the kinda mental Adrien. Congratulations go to Ms. Heuring for being named #64 on Maxim's Hot 100 List, but, aside from a wounded sneer she wears throughout the film, she remains almost entirely expressionless and/or emotionless. It isn't the best quality in a leading lady, to be sure, but one can hardly blame her if her heart wasn't in this cinematic waste of space. The In Crowd takes hokey-ness to a new level, with its reliance on such dead-on-arrival plot twists as – get this – a missing shoe and a stranger's resemblance to a dead sister. But there are so many things wrong with this movie that complaining about the plot seems almost nitpicky. In addition to the stinky acting and absurdly bad script (by Mark Gibson III and Philip Halprun), there's a wholly lackluster directing job by Mary Lambert (Pet Sematary II), a forgettable score, a needlessly long running time … or maybe it just felt like it would never end. If this is what it's like being “in,” then please God, let me stay out. 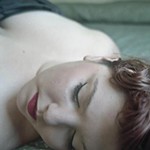 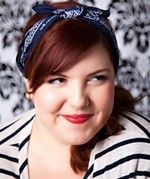