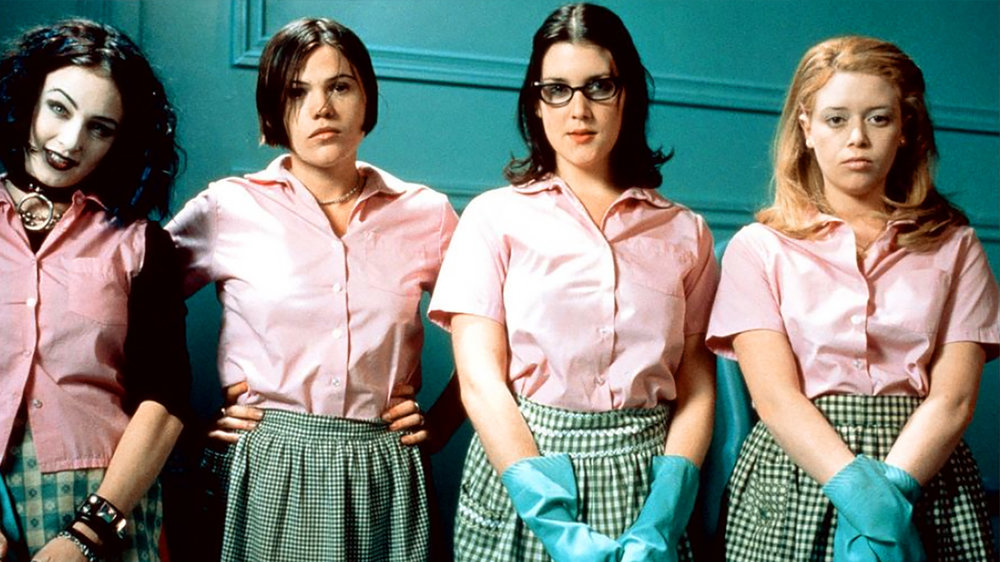 But I'm a Cheerleader

Megan (Lyonne) shows all the classic signs: the tofu, the Melissa Etheridge poster, the Georgia O'Keeffe pillow. She's a high school cheerleader who loves the way the short skirts of her squad-mates flounce in the air as the girls jump, and dislikes the clumsy tongue-ramming dished out by her boyfriend during their post-practice makeout sessions in his car. Megan's a lesbian, only she doesn't know it yet. After all, she's a good Christian and a cheerleader. Thank goodness her concerned parents (Stole and Cort) stage an intervention and ship her off to True Directions, a homosexual rehabilitation facility run by an over-the-top homophobe (Moriarty) and one of her reprogrammed gay men (Charles). Perversely, it's within these repressive confines, surrounded by all things pink and a community of girls who are being taught to embrace their feminine roles, that Megan discovers her lesbian calling. The setup is great and the story is structured as a farce. Everything is played for the hyperbolic, and even though the movie is often extremely funny it also suffers from an excess of exaggeration. The set design (which looks as though the Happy Homemaker decorated a love nest in Pee-wee's Playhouse), the performances, and the plot all emphasize their artificial construction. But a little of this goes a long way and the rest feels like heavy-handed overkill. It interferes with the story's internal coherence, privileging its applied constructs over those of physical and psychological logic. Deft performers such as John Waters vet Mink Stole and pop diva RuPaul Charles successfully contribute to the film's farcical acting style. As the central figures, pouty-lipped Natasha Lyonne (Slums of Beverly Hills) and sullen Clea DuVall (The Faculty) hit the right tones. However, someone should have reeled in Cathy Moriarty's frenzy of uptightness, and a subplot about her buff son Rock (Cibrian) goes nowhere. Despite its bothersome dislocations and excessive camp, But I'm a Cheerleader is fun viewing. The problems do not get in the way of the genuine laughs (which are constant) and satire. It also shines a rare film light on lipstick lesbians who are willing to put their pom-poms where their mouths are, proving that lesbianism and girlie things like cheerleading are not mutually exclusive. But I'm a Cheerleader rises above its problems to deliver the essential goods. Two, four, six, eight/For But I'm a Cheerleader make a date. 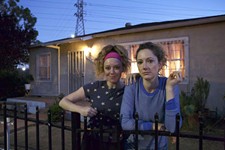