A slick premise underlies this week's fresh-new-faces youth movie. For a term project, a group of college students starts a nasty rumor in order to understand the life cycle of gossip. The course subject is never really clarified, but it is taught by Eric Bogosian doing a knockoff impression of his stage act in which he challenges his students to ponder the differences between gossip and journalism. Of course, the rumor the students start leads to some unexpected consequences, including a false arrest, a death, and other unpleasantries. Of more interest in this movie is its fabulous style, which takes precedence over niggling details like plausible storylines or characters. If this is college life, sign me up. The classes are taught by Eric Bogosian; the homework consists of rumor-mongering; the nights are spent at trendy, upscale parties; and the liquor cabinets are loaded with rows of glistening martini glasses and all varieties of call-name booze. Our threesome at the center of this story live in a spacious loft that would make even Paul and Jamie Buckman's unrealistically big NYC apartment look tiny by comparison. Director Guggenheim comes to his debut feature by way of TV and documentary film work. Producing partners Bobby Newmyer and Jeffrey Silver (Outlaw Productions) have a knack for backing high-concept films (sex, lies and videotape, Don Juan DeMarco, Addicted to Love, and Ready to Rumble, to name a few). But Gossip's visual style has all the markings of its executive producer Joel Schumacher (Batman Forever, Falling Down, Flatliners, St. Elmo's Fire), whose reputation for favoring art design over substance has come into play in each of the movies he's directed. In a sense, this ultra-stylized look is perfect for the film's self-absorbed college-student subjects. But even when the actors aren't being framed against smokey nighttime streets or dense wall murals, each has a face or a “look” that sets them apart from the crowd. There's Marsden's dream-boy visage, Headey's captivating Kim Delaney-ish face and stance, Reedus' dark mystery, and Hudson's pleasant sparkle that even shines through her uptight character's fears. “It's only words. How bad can it be?” asks the movie in its closing line. That's for the viewer to decide. 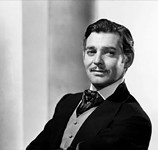 The Virtues of Gossip
Can theatre gossip bond the people who share it? 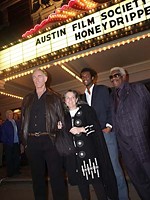