The Whole Nine Yards proves what they say is true: Give 'em an inch and they'll take a mile. No matter your standard of measurement, this production falls short. It's a hit-man comedy that seems passable enough while it unspools but instantly forgettable afterward. The story pairs the one-man monolith Bruce Willis with everybody's TV Friend Matthew Perry, making this a project with a high-recognizability quotient. Willis, actually, has the smaller role in this picture but manages to anchor the whole affair by sheer force of personality. Perry plays a wimpy dentist nicknamed Oz, who lives in suburban Montreal with his monstrous wife (Arquette, sporting a ridiculously bad French accent) and conniving mother-in-law. He detects (in a vivid “mind's eye” visual montage, atypical of the rest of the movie) that his new neighbor (Willis) is a notorious contract killer, Jimmy “the Tulip” Tudeski, who ratted out his former bosses. Of course the two men, who seemingly have nothing in common, bond. It turns out that separate contracts are out on each man's life, thus jump-starting the plot in which few characters are really who they purport to be and Hungarian mobsters from Chicago run around making goulash of their enemies. Oz's office receptionist (Peet) becomes involved with his next-door neighbor, Jimmy the Tulip's wife (Henstridge) inexplicably gets the hots for the nebbishy dentist, and Michael Clarke Duncan takes a 180-degree turn from his tender role in The Green Mile as a ruthless hit man. The plot twists should be familiar to anyone who's been to the movies in the last 25 years. The humor is fairly broad -- funny accents (in addition to Arquette, the salient characteristic of the Hungarian mob leader played by Kevin Pollak is his mangled manner of speech), bumbling maneuvers, and gratuitous bathroom humor. The one thing I learned, however, is this: There's one subgenre of humor that's even more distasteful than lame hit-man comedy -- and that's dental comedy. 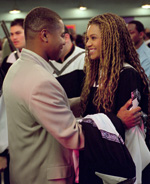