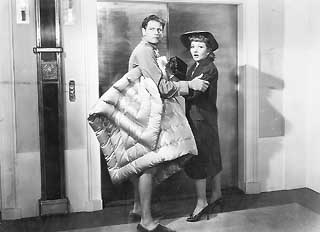 Sturges on the importance of money, sex, and guns – not necessarily in that order. Colbert plays yet another runaway heroine (a role she trademarked) in a screwball comedy, but with Sturges' usual subversive spin, she's running away from the man she loves so she can marry someone for his money. This is Sturges at his pithiest, with his choicest cast of supporting loons: the Wienie King, Rudy Vallee's hilariously understated John D. Hackensacker, the Princess Centimillia, Toto, and – yipes! – the Ale and Quail Club. The sequence under the opening credits is one helluva gag, with a shameless payoff in the final shot. Check out the Chronicle's story on the Austin Film Society's film festival www.auschron.com/issues/dispatch/2000-01-14/screens_feature.html; Unfaithfully Yours: The Satire of Preston Sturges. 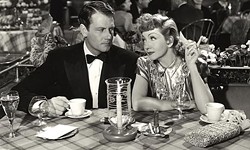 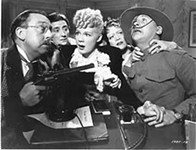 The Miracle of Morgan's Creek
This is the master of subversion's most subversive work, a wartime romantic comedy built around a small-town sweetheart getting drunk and knocked up by a soldier she can't remember. Sturges covers himself by saying his heroine got married before she did the horizontal bop, but even so, the plot is a radical departure for the time. 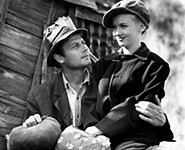 Sullivan's Travels
Sturges biting the hand that feeds him. Hollywood was home to the greatest success Sturges ever knew, yet even he couldn't resist cataloguing its inanities ...