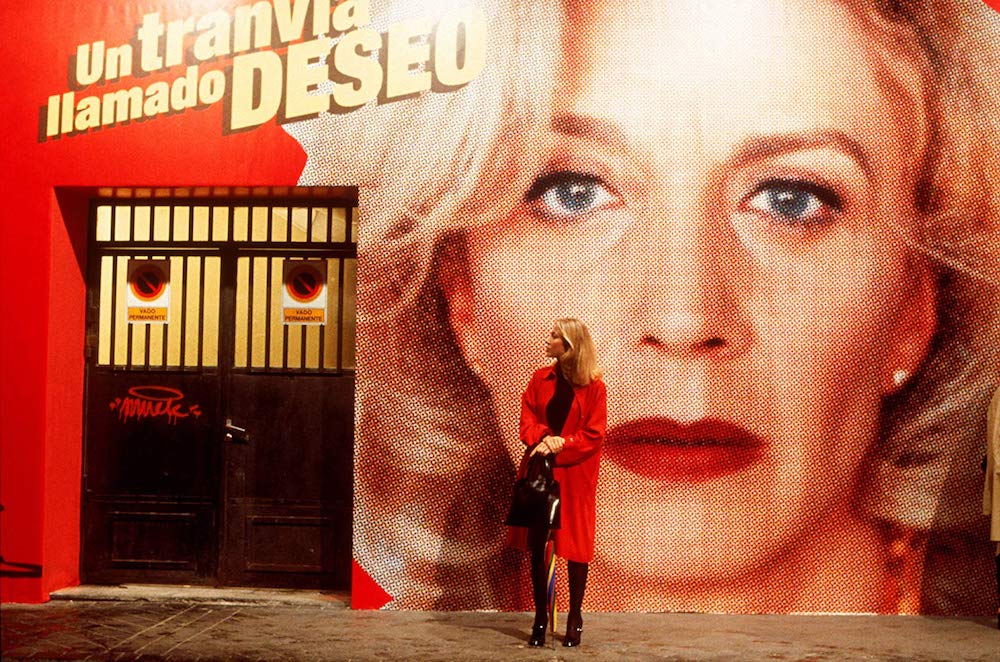 After years of flirting with international popularity only to be relegated, generally, to the oddball fringes, Spanish filmmaker Pedro Almodóvar has hit the mother lode with his latest movie. All About My Mother continues Almodóvar's noted preoccupations with women on the verge of nervous breakdowns, screwball melodramas, and flamboyant visual touches, but this time he manages to merge all these distinctive elements with a cohesive -- and universal -- story about the faces and roles we all adopt in public. In telling the story of his mother, the narrator dedicates the film to all the actresses in the world, in other words (which are also redolent of the rock anthem “Sweet Jane”): to all those who've ever played a part. And what an assemblage of players Almodóvar has gathered here. There's the mother of the title, Manuela (Roth), who lives alone with her 18-year-old son Esteban (Azorin), who is named after the father he never knew, but of course that was well after Esteban Sr. returned home one day with breasts and the new name of Lola. There's the venerated actress Huma Rojo (Paredes), who plays Blanche in A Streetcar Named Desire, and her junkie consort Nina (Peña), who plays Stella. Add to these characters the hilarious transsexual hooker La Agrado (San Juan), the deceptively pious nun Sister Rosa (Cruz), and Sister Rosa's harried mother (Sardá), and you have the recipe for Almodóvar's most winning conglomeration to date. For devotees of the writer-director's work, characters and situations here often resound with a ring of familiarity. But never have they been developed as fully as they are in All About My Mother. In addition to A Streetcar Named Desire, the movie All About Eve is a recurring theme, once again a story about actresses who are always playing some kind of role. Almodóvar's world is one in which a man who wants to transform himself with breast implants is still “a macho pig with tits.” Everything, he seems to say, is contrivance; the only thing that's real are our feelings (“and my silicone,” quips one of the actresses). To describe too much of the plot of All About My Mother is to give too much away. But rest assured, it's filled with marvelous performances, fabulous wit, and some dizzying images (sometimes too extreme). Almodóvar loses some of the cockeyed extremism that colors his earlier work to fully embrace his characters in All About My Mother. He extends it as a loving hug to anyone who has ever felt they were faking it.