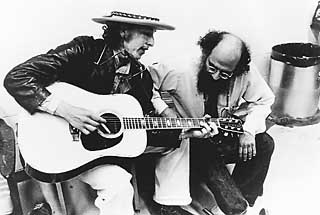 Even though you don't know it, you're probably already familiar with some of the work of director Chuck Workman. He's the one who's usually commissioned to put together those rapid-fire compilation montages showcased on the Academy Awards and Emmy broadcasts. Workman also directed the 1990 documentary Superstar about the life of Andy Warhol. Workman's skill as a compiler of images is deft and comprehensive. With The Source, Workman turns his attention to the Beat Generation. The result is a compelling document that shows us a lot about the lives and goals of this fascinating group of writers and artists, although the film can't be said to add much to the critical debate surrounding their work. The film takes as its fairly inarguable thesis that the meeting of Allen Ginsberg, Jack Kerouac, and William S. Burroughs in New York in the Forties was the beginning, or the “source,” of the Beat Generation. Workman then integrates footage of new interviews conducted for this movie with archival sources and dramatized readings by Johnny Depp, Dennis Hopper, and John Turturro. The interviews with Ginsberg, Burroughs, and Timothy Leary take on added significance since these artists have all since passed away. Home movie footage of Kerouac and the legendary “muse” Neal Cassady also proves captivating. The movie follows the course of the Beats westward as it interviews many of the San Francisco writers who later became associates, such people as Lawrence Ferlinghetti, Michael McClure, Anne Waldman, Jerry Garcia, and Gary Snyder. Also included in The Source are such things as footage of a paunchy Kerouac verbally sparring with William F. Buckley on the latter's TV show, Ginsberg and Bob Dylan talking, and various TV comics ridiculing the beatniks. The movie draws a connection from the beatniks' nonconformity in the Forties and Fifties to the hippies' cultural and political rebellion of the Sixties and early Seventies. Yet The Source never really delves too deeply into the reassessment of the Beats that has become more common in recent years as analysts look at such issues as the movement's perpetuation of the heroic myth of the solitary artist and the corrosiveness of the group's presumption of male superiority. Still, these failings do not get in the way of The Source providing a basic primer on the genesis and lasting influence of these cultural icons of the 20th century. 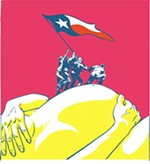