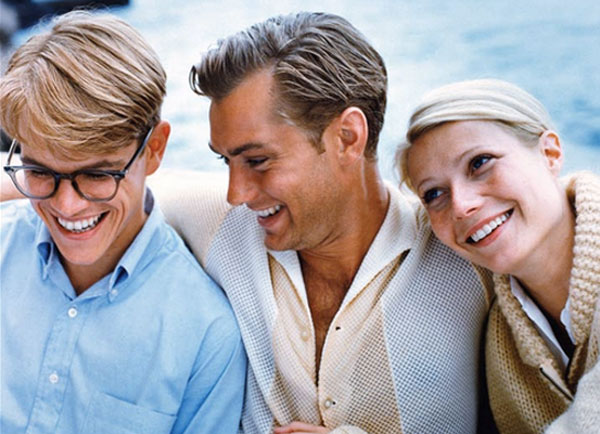 Like a pint of ice-cold Stoli dumped into the eggnog bowl, this black-hearted masterpiece arrives just in time to salvage the holiday movie season for those of you who are just about one It's a Wonderful Life away from hyperglycemic shock. Minghella (The English Patient) is the second director to adapt Patricia Highsmith's novel of the same name, but his film bears only slight resemblance to Rene Clement's equally terrific Purple Noon (1960). Blessedly, though, Minghella has matched Clement's gutsy refusal to compromise the icy precision of Highsmith's deeply pessimistic inquiries into human behavior and motivation. In the pantheon of all-time great literary sociopaths, Highsmith's Tom Ripley is a Mozart, a Da Vinci, a bloody Michael Jordan. His dastardly deeds -- including serial murder, forgery, fraud, and grand theft to name just a few -- are not only committed with the requisite absence of conscience, but are so stunningly audacious and imaginative you regularly find yourself rooting for the heartless little monster to succeed. Damon, in yet another role that uses his bland, prep-school quarterback's face as counterpoint for gradually unfolding complexities, is an inspired choice for the lead role. We first meet Ripley as a penniless piano player and washroom attendant in New York. A few quick-moving scenes later, he's conned rich shipbuilder Herbert Greenleaf (Rebhorn) into sending him to Italy on the ostensible mission of persuading his playboy son, Dickie, to return home. We quickly recognize Ripley as a ghastly parody of the classic Horatio Alger hero. He seems to have discovered at a tender age that treachery, pathological lying, and judicious use of blunt objects will move you a lot faster along the rags-to-riches highway than hard work and gumption alone. An almost pure creature of appetite, Ripley is practically salivating when he meets Dickie Greenleaf (Law) and girlfriend Marge (Paltrow) in their expats' idyll of sun, sailing, and exotic nightlife. More than any of the material particulars of Dickie's life, though, Tom desires Dickie himself. This is certainly understandable. Law is darned tough to beat in terms of Apollonian contours, languid eyes, and general air of elegant dissipation. However, Minghella's decision to bring the homoerotic subcurrents in Ripley's nature front-and-center is a clear departure from Highsmith's original vision. My major beef is that letting Ripley be significantly motivated by tenderer feelings such as romantic love humanizes him in our eyes. His appalling behavior becomes, at least in part, comprehensible, whereas in Highsmith's books the single most fascinating aspect of Ripley's character is his near-total lack of anything you or I might call a soul. In the end, though, Minghella's tinkering does prove its merits. Ripley's ability to commit these jaw-dropping atrocities is all the more chilling because we can see that, at some level, he regrets “having” to do them. Paltrow and Hoffman (as one of Dickie's loutish drinking pals) are effective in roles that basically consist of challenging Ripley's feral wit and pushing him to greater feats of villainy. Above all, however, it's Matt Damon's show. And in a performance that should put him solidly in the running for this year's Best Actor Oscar, he not only penetrates to the core of Highsmith's vision (also seen in other excellent films such as Strangers on a Train and Wim Wenders' The American Friend) but adds inspired new strokes to her monstrously beguiling creation. Just the thing to clear your Capra-glutted holiday movie palate. 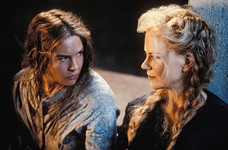 Cold Mountain
Swoony kisses and true grit mark this Civil War epic from the director of The English Patient. 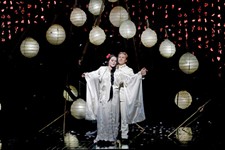