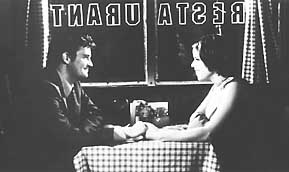 Smart-ass men, foolish choices. Despite being this reviewer's choice as one of the most likable, charming men on prime time, Matthew Perry couldn't pick a good acting vehicle if it screeched out of the lot and ran him over. Three to Tango isn't as bad as, oh, Almost Heroes, but rather than stretching Perry's comic talents, it uses them as a crutch for a bland, occasionally engaging romantic comedy that's pure mediocrity. Perry plays Oscar Novak, a stammering Chicago architect who passes himself off as a gay man in order to nail down a $90 million restoration project for the firm he shares with his partner (in business, not life) Peter (Platt). Under the mistaken impression that his potential hire is -- how do you say? limp? -- tycoon Charles Newman (McDermott) enlists his help to spy on his mistress Amy (Campbell), unaware of Oscar's heterosexuality, Amy's friskiness, or the fact that they will soon run off into the land where everything conspires to make you fall in love. A protagonist covering up his sexual orientation is a time-honored comedic tradition, and screenwriters Rodney Vaccaro and Aline McKenna milk this one for some hearty laughs. Predictably, the film's treatment of complicated sexual politics is reductive, although Perry's struggle to stay “in the closet” leads to some refreshing (straight male) discoveries. But for each prejudice the film tries to shatter, it furthers a different stereotype: Gay men all have dinner parties; in the absence of males, straight girls paw each other ambiguously and shriek about penis size. What is even a bigger bummer is the lack of personality in a star-driven film. The Practice's McDermott is all chiseled jaw, and Neve Campbell makes good on her promise to leave no other legacy besides a tongue war with Denise Richards. To her credit, her free-spirited artist is a preposterous invention, and I freely admit to loathing her character after she first complained that Marvin Gaye's “Let's Get It On” was “too slow.” But Campbell adds about as much spice to this film as a communion wafer. For Perry fans -- and I know you're out there -- the actor's self-deprecating comic schtick is a pleasant diversion, but equally as pleasant as watching him on Thursday night. And if he doesn't get a new agent (and hairstylist) soon, it looks like, sadly, that's where he's gonna stay. 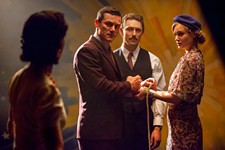 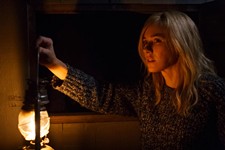