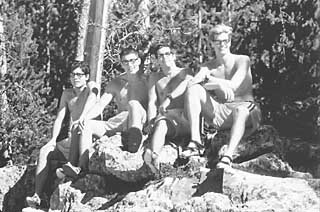 What can I possibly tell you about this agonizingly familiar teen fantasia that you don't already know? That it's an adaptation of the novel How I Created My Perfect Prom Date? That its title, Drive Me Crazy, comes from a hit song by Britney Spears? That both its “teen stars” are actually 23? Well, folks, that's the dish on this film, in which a mismatched teen couple lock horns, make eyes, lock horns again, and eventually fall in love at an overly elaborate high-school dance. Melissa Joan Hart makes her big-screen debut as Nicole Maris, an adorable teenage fuss-budget agonizing over who will take her to the upcoming “Centennial Celebration.” When her best-laid plans go, you know, awry or whatever, she transforms her cynical, floppy-haired prankster of a next-door neighbor into the “perfect prom date.” With moussed hair, plenty of Gap attire, and singing REO Speedwagon in the car, Chase (Grenier) looks more like the perfect prom date for George Michael, but never mind. Even stripped of his flyaway locks and slacker good looks, Grenier is undoubtedly the best part of the movie, exuding a sly confidence and charm that simply deserves a better film. As television's “Sabrina, the Teenage Witch,” Hart has already won the hearts of adolescent girls, but it's unlikely her apple-cheeked earnestness will win her anything more than a one-way ticket to made-for-TV movieland. Like the successful teen films it seeks to emulate, She's All That and the superior 10 Things I Hate About You, the goal of Drive Me Crazy is simple: to sell tickets by selling fantasy. It's about as tough as peddling drugs to a crack whore. The same way adults flock to Runaway Bride, teens will flock to see these more beautiful, more savvy, and better-dressed versions of themselves. There's no crime in it. But there's no originality either. 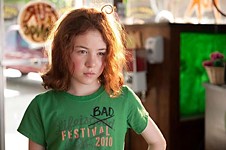 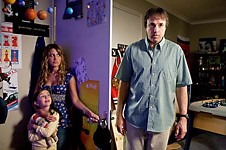