The Austin Film Society's current series is devoted to films whosegreatness serves as a tribute to George Morris, the Film Society's mentorand "patron saint," and a former film critic for The Austin Chronicle."Otto Preminger's Carmen Jones is one of the most uncompromising portrayalsof black America in the cinema S The film first opened in the fall of 1954,11 years after the play had enjoyed a moderately successful run onBroadway. Transposing Georges Bizet's opéra comique, Carmen, to anall-black, World War II setting had been a pet project of lyricist OscarHammerstein II for many years S His lyrics for Carmen Jones are eloquentfusions of dialect and poetry S The supporting cast reads like a who's whoof Fifties black entertainers. Preminger strips the musical of all excessand frills. He creates an austere, depoeticized, anti-lyrical world inwhich nothing obstructs his camera's detached recording of the action. Thegreat themes of Preminger's oeuvre are obsession and the conflict betweenfreedom and repression, themes which are central to Carmen Jones. Carmen isdetermined to live without assuming responsibilities or commitments. Joesuccumbs to a self-destructive passion that links him with otherpathological Preminger protagonists like Dana Andrews in Laura and FrankSinatra in The Man With the Golden Arm. Dorothy Dandridge's Carmen issister to those Preminger 'heroines,' like Gene Tierney in Whirlpool andJean Seberg in Bonjour Tristesse, whose irrational behavior defiespsychological interpretations or motivational speculations. Slitheringthrough Preminger's mise-en-scene in her slit skirts and tight blouses,Dandridge is a savage force of nature, and when she begins to taunt Joe inthe factory cafeteria with the hottest red rose in movie history, orhuddles between his legs to shine his shoes while he sucks on a peach, thesexual energy ignites the wide screen. And the wide screen is very wideindeed in Carmen Jones. It was Preminger's second CinemaScope feature(River of No Return, made the same year, was his first), and he displays amastery of the elongated, horizontal shape that would be matched only byVincente Minnelli, Nicholas Ray, Robert Altman, and a handful of others.Many of the musical and dramatic sequences are constructed in majestic longtakes accompanied by complex camera movements, an observance of spatial andtemporal unities that encourages us to view the volatile melodrama withoutjudging the characters or their actions. The tension Preminger creates inthese frequently electrifying CinemaScope compositions between theimpassive gaze of his camera and the fury storming across the screen is thesource of much of the power and depth of Carmen Jones." - George Morris(9/26/86) The film will be introduced by Louis Black, editor of The AustinChronicle. For more info on the series (and numerous reviews by Morris) seethe May 28 Screens section of the Chronicle, call the AFS at 322-0145, orsee http://www.austinfilm.org. 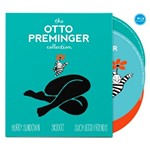 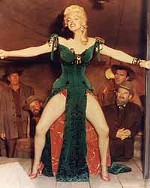 River of No Return
This is a swell CinemaScope movie that shows off the landscape and Marilyn Monroe to their best advantages. It's fun watching Mitchum and Monroe heat things up in the Old West; Monroe is at her most luminous as a saloon singer with a heart of gold. 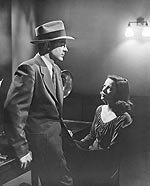 Laura
One of the all-time murder-mystery movie classics, Laura stars the beguiling Gene Tierney in the title role. Also of note are the delightful performances of ...