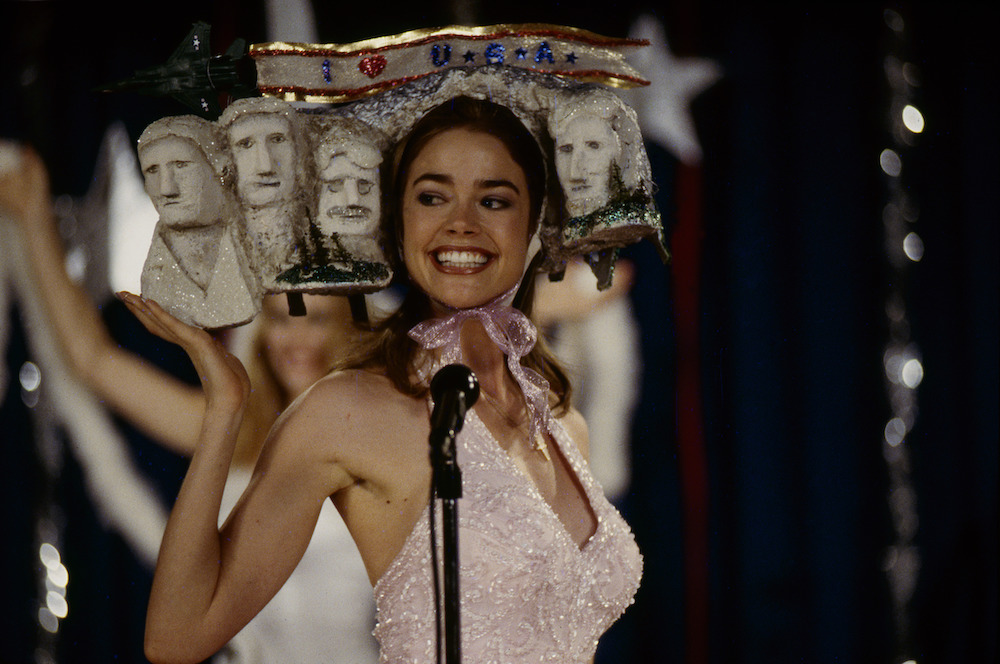 Coming as this does from a television director (Jann, late of MTV's The State) and a television writer (Lona Williams of The Drew Carrey Show), it's no wonder that this biting parody of flyover-state beauty contests feels like a bad made-for-TV movie of the week. Jann does his best with what is essentially weak material, and his mockumentary approach is a worthy tack; he just doesn't go as far as he should, which results in a stillborn comedy of subterfuge and backbiting that's all hair and no teeth. It all feels a bit like an uninspired take on Christopher Guest's genuinely hilarious Waiting for Guffman. The film opens as a documentary crew arrives in Mount Rose, Minnesota, to film the Sarah Rose Miss Teen Princess America Pageant, a cosmetic company-sponsored event that has thrown the entire town into an uproar, resulting in the kind of underhanded and duplicitous territoriality we've always assumed is part and parcel of the pageant mystique. Battling it out for the title are Becky Leeman (Richards, in full pout mode), the spoiled rich kid whose mother Gladys (Alley) won the same honor way back when, and Amber Atkins (Dunst), the vaguely white-trash good girl -- smart, cute, honest, and wondering what she's doing embroiled in this whole affair. Amber's mother Annette (Barkin, with beer can firmly clutched in her hand throughout the film), has long despised the Leemans, and vice versa, making this less a contest than an all-out war. Into this combustible mix Jann throws a bizarre panel of judges which includes a borderline pederast who ogles the young contestants at every opportunity and a dimwitted pair of country rubes, one of whom is clearly retarded. It's not just unfunny, it's also patently offensive, which is par for the course in Drop Dead Gorgeous. The film manages to take a clever idea or two and run them into the ground with all the finesse of a backhoe. One of the film's less clever running gags (alongside Ms. Atkins' alcoholism) is the over-the-top use of Minnesota vernacular, including the cringe-inducing “ya, you betcha" which crops up almost as much as it does in the Coen Brother's Fargo, a film in which such dialogue was actually put to good use. Jann's use of the mockumentary style of filmmaking here is also deeply flawed, frequently abandoning the conceit and turning to straight comedy, which of course renders the whole effect null and void. Alley's maddeningly broad style of comic theatrics doesn't help matters much, either, though at least Dunst comes across as a gifted actress here. She's the only bright spot in a film constructed of used and confused gags -- a lowbrow clunker with highbrow intentions.