Further proof that the end times are upon us, this scattershot, PETA-friendly monster movie is penned by the same wag who weekly brings us both Ally McBeal and The Practice. David E. Kelley, television's executive producer du jour pulled this one out of his old slush pile, I suspect, though why on earth a man with so much cathode clout would want to sully his good name with a story that has septuagenarian White bandying about terms like “fuckmeat!” is a riddle to make the Sphinx weep. The film has a fine pedigree about it, though, with longtime genre vet Miner (Friday the 13th: Part 2, Warlock, Halloween: H20) at the helm, and a smallish cast peppered with a pair of bullish performances by both Platt and the lesser-known Gleeson. The two spark some chemistry between them, which is more than can be said for Pullman and Fonda's moribund performances; they play their roles like angry schoolkids after a lunchtime sandbox incident. He amicably stews, she sulks, and the hottest flashes come when Fonda's chilly Museum of Natural History paleontologist, Kelly Scott, is sent a tooth fragment from a big croc wreaking havoc in upstate Maine. At the behest of her bosses, she's spirited off to the woods to assist Pullman's game warden, Jack Wills, in the search for whatever's out there. Also on board for the hunt are a hulking local sheriff named Hank Keough and Platt's wealthy, eccentric naturalist Hector Cyr, who flies to the lake in a largish chopper cleverly painted to look like an airborne crocodile. (He has that look in his eyes, too, the mien of a man who's seen many a flying croc.) When not busily insulting each other in what can only be called a bizarre, backwoods, homoerotic pas de deux, Cyr and Keough man the Fish and Game scoot boats and search for this 30-odd-foot reptile that has taken to devouring men and moose whole. Much is made (mostly by Platt's character, though you can sense the presence of Kelley here) of the crocodile's natural godlike stature in the grand scheme of things. Cyr is rumored to have swum with the Nile crocs unscathed, although he behaves like a horny teen with too much cash on his hands for most of the film. That said, his performance is the brightest spot in this brief foray into monsterama that gleefully borrows from such predecessors as Jaws 2, Alligator, and that old mutant-bear-in-the-Maine-woods clunker, Prophecy. Sadly, these lifts are cosmetic only, and Lake Placid feels more like a Movie of the Week, circa 1980, than a fully fleshed-out creature feature. Academy Award winner Stan Winston is on hand to supply the non-CGI croc effects, and does an admirable job at that (as he always does) but apart from his animatronic craftsmanship the film is a good deal less exciting than a good pair of croc-skin Ropers. Animal Planet's The Crocodile Hunter has it all over this travesty, even when that wild Aussie is ogling backcountry field mice. 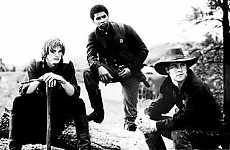 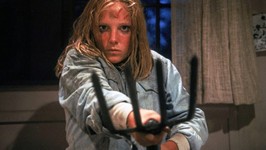