The Wild Bunch: The Director's Cut

One of the great – and instant – American classics, Peckinpah's treatise on the codes of honor by which men live speaks across the ages: covering the film's 1913 pre-WWI setting, the controversy regarding its stylized depiction of violence at the time of its release, and the enduring lessons the film passes on regarding morality, professionalism, and loyalty. A brilliant script, cinematography, editing, and performances complement the whole picture. To quote the movie, "Let's go!" 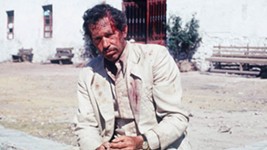 Pat Garrett and Billy the Kid
This film is probably the most legendarily “troubled” of all Peckinpah’s troubled film testaments. But this is the restored version, which plays a lot better than the original, severely edited release.