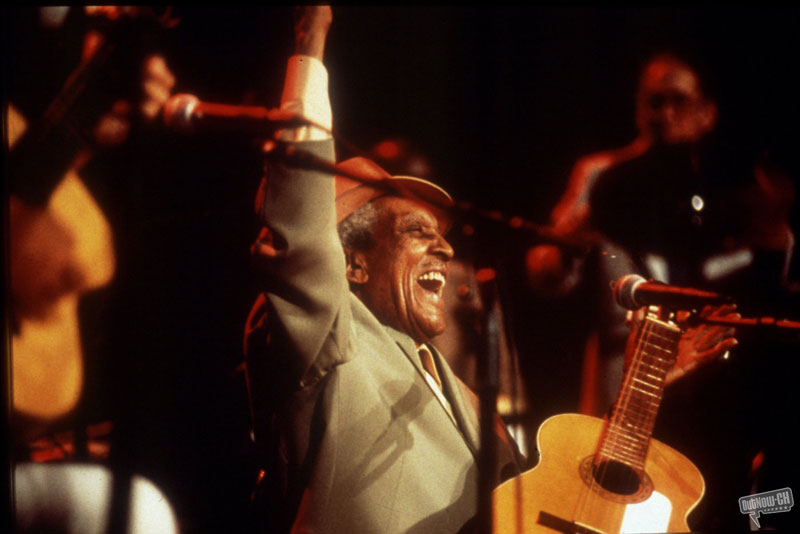 The term “one-off show” takes on special meaning when applied to musicians 70 and older. And when these singers and players are some of the last great practitioners of their style, all records of that performance have a poignancy that commands attention from even marginal fans. This, in part, explains the success of the 1997 Buena Vista Social Club album. Assembled by American guitarist Ry Cooder, it was a sampler of newly recorded son and bolero classics by Cuban stars who became famous in the Forties and Fifties while playing in the legendary Havana night club of the title. Improbably, BVSC became a huge international hit, turning millions on to near-forgotten Latin-Caribbean musical forms. The CD's robust sales led to the ultimate triumph for the performers: sold-out shows in Amsterdam, followed by New York's Carnegie Hall. Wenders (Wings of Desire; Paris, Texas; Kings of the Road) gives us ample footage from those shows in his low-key documentary, but Buena Vista Social Club is obviously intended less as a concert film than as a set of cinematic liner notes about the vanishing musical culture. Ambling through the decrepit grandeur of old Havana with stars such as singer Ferrer (72), pianist Gonzalez (77), guitarist Segundo (91), and singer Portundo (69), Wenders uses their vivid narration and terse, insightful commentary by Cooder to establish the clear link between their music and the culture that birthed it. Any political commentary is either unintentional or extremely subtle. The “permanent revolution” of Castro has been in progress as long as anyone can remember, and no one seems particularly inclined to blame their hardships on either the bearded icon or his foes worldwide. Even the scenes of Ferrer staring agape at Radio City Music Hall reveal no bitterness over missed opportunities. He's simply happy to have gotten here before he died. When you hear the complex, sinuous, mind- and body-energizing music pouring from the stage you'll understand these musicians' lack of regret. They, not roads or factories, are the wealth of the island. Wenders, so renowned for his ability to capture the soul of a city, does so again with Havana -- both the crumbling place that exists now and the splendid, immaculate one that lives on inside his subjects. Some viewers will probably complain that Wenders doesn't focus narrowly enough on the music itself; several songs get cut off just as they're starting to build momentum. However, those who accept Buena Vista Social Club as the album companion piece that Wenders clearly had in mind will be not only satisfied but enchanted by what this film has to offer. 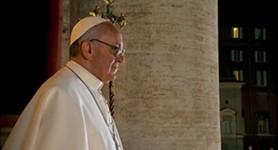 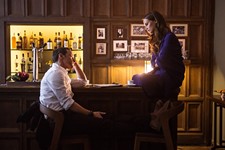